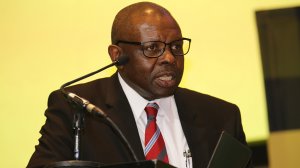 The ANC in the North West announced today that its ninth Provincial Conference will resume on August 27 at the Rustenburg Civic Centre.

The conference will recommence after a two-week adjournment, after supporters of former North West Premier Supra Mahumapelo filed legal papers to have the conference declared invalid.

ANC North West deputy secretary Louis Diremelo said all delegates had been informed timeously of the new date and were expected to exchange their old tags for new tags with security features.

He said the conference won’t be starting from scratch and that the party won’t tolerate disputes.

He stressed that the newly elected top 5 still stood.

The City of Cape Town has embarked on a new water programme that will increase available supply capacity by an additional 300-million litres of water a day through alternative means such as desalination, groundwater abstraction, managed aquifer recharge and direct potable water reuse.

The Water Research Commission, as part of the programme and on behalf of the city, has established a new and unique independent advisory panel comprising experts in fields related to water reuse to provide advice on the purification and reuse of treated wastewater for drinking purposes in Cape Town.

Water reuse is considered a low-hanging fruit as part of water conservation and water use efficiency, as well as a viable solution for supplementing drinking-quality water supply.

He wants that decision set aside and is fighting to have gross misconduct findings, which paved the way for an impeachment vote in the National Assembly, overturned.

Hlophe filed a review application in the Gauteng High Court in Johannesburg.

Wheel Yourself to Your Destiny – Thabo Ndlela