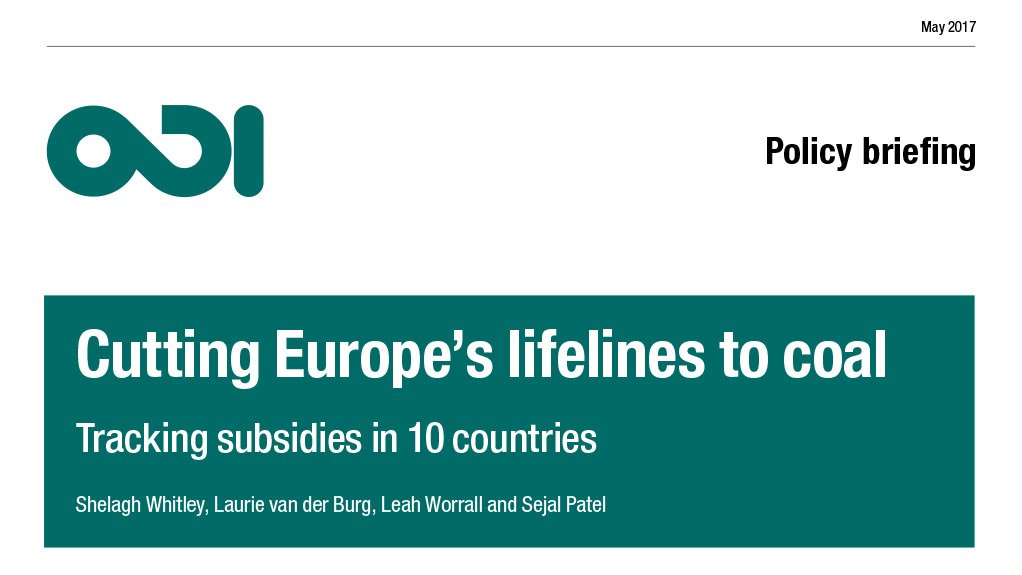 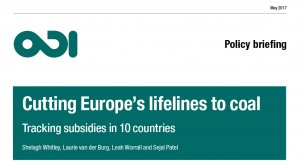 It is accompanied by individual briefs for each of the ten countries setting out where subsidies to coal remain.

The research finds that despite significant commitments to address climate change, fossil fuel subsidies and air pollution, all ten countries reviewed still provided some form of subsidy to coal, in the form of budgetary support or tax breaks, in 2016. In aggregate, the 10 countries reviewed have provided €6.3 billion per year in subsidies to coal (on average for the 2005 to 2016 period), across a total of 65 subsidies identified.

The report recommends that:

Report by the Overseas Development Institute

This paper compares debt-for-climate swaps—partial debt relief operations conditional on debtor commitments to undertake climate-related investments—to alternative fiscal support instruments. Because some of the benefits of debt-climate swaps accrue to non-participating creditors, they are generally less efficient forms of support than conditional grants and/or broad debt restructuring (which could be linked to climate adaptation when the latter significantly reduces credit risk). This said, debt-climate swaps could be superior to conditional grants when they can be structured in a way that makes the climate commitment de facto senior to debt service; and they could be superior to comprehensive debt restructuring in narrow settings, when the latter is expected to produce large economic dislocations and the debt-climate swap is expected to materially reduce debt risks (and achieve debt sustainability). →