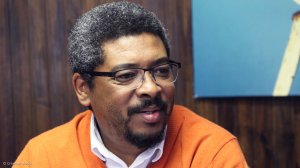 Mbeki’s vision of an African Renaissance was a mammoth undertaking. At the centre of this was the determination that the continent needed to demonstrate that Africa’s challenges could, and indeed would, be solved by Africans themselves. South Africa’s Foreign Policy choices were not so easily discernible, however.

There were several hot topics pertaining to South African foreign policy at this time: Zimbabwe, South Africa’s role in the UN Security Council, and the way in which South Africa positioned itself on the continent.

The brinkmanship between Mbeki and Mugabe to find a lasting solution to the difficulties in Zimbabwe was easier said than done during the mediation process. A newly democratic South Africa was also elected as a non-permanent member to the UN Security Council; however, an unreformed United Nations system presented numerous complexities in this regard, especially in the realm of the often obvious and logical rhetoric by the five permanent members.

Furthermore, a globalised world also meant that trade relations are not obvious and straightforward when negotiating a massive trade deal with the European Union and its implications for the immediate region of SADC. The intricacies of Foreign Policy meanderings and game theory are all but certain when you are dealing with sophisticated objectives and your own national interests as a country.

This book attempts to navigate these complexities and illustrate the difficulties that bureaucrats have to contend with while satisfying the clear objectives of advancing the ‘National Interest’ of the Republic, sometimes at great cost.

Oscar van Heerden is a scholar of International Relations, where he focuses on International Political Economy, with an emphasis on Africa, and SADC in particular. He completed his PhD and Masters studies at the University of Cambridge. His undergraduate studies were at Turfloop and Wits. He is an active fellow of the Mapungubwe Institute for Strategic Reflections and is a trustee for the Kgalema Motlanthe Foundation.