Cleaning up after Zuma

Cleaning up after Zuma 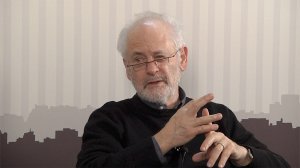 Professor Raymond Suttner speaks to Polity's Sane Dhlamini about cleaning up after Zuma.

[WATCH] On the Devil's Trail: How I hunted down the Krugersdorp Killers – Ben 'Bliksem' Booysen, Nicki Gules

After a string of police botches, Captain Ben Bliksem Booysen took on the Krugersdorp Killers' case in 2016. The state had failed to arrest those responsible for the killing spree which began in 2012. By the time Booysen took over, 11 people had been brutally murdered by a group calling themselves Electus per Deus. The son of a miner, who was all too fond of the bottle and the fist, nothing about Ben's bleak upbringing put him in stead to crack one of South Africa's biggest murder cases. Yet driven by a deep sense of justice, Booysen made headlines when he arrested Cecilia Steyn, the mastermind behind the heinous killings, along with her five accomplices. →