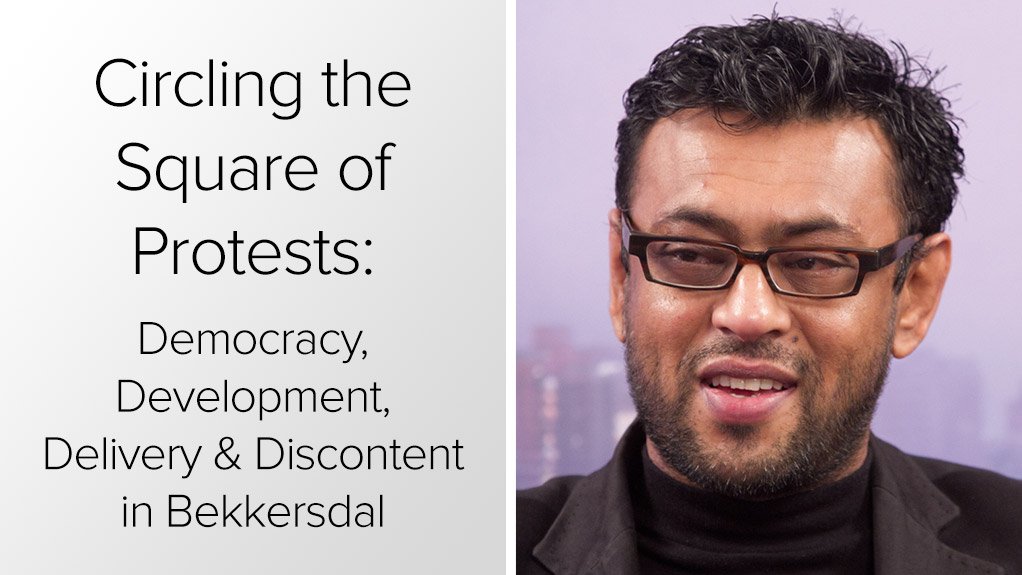 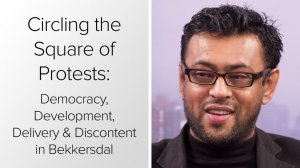 “This squatter camp is 32 years. Since the start of democracy there has been no development here. We are protesting, Yes. There is no electrification, and we are still using the long pit toilets and bucket system in some parts. We are sharing two shacks to a toilet. We are supposed to be having something better like we were promised.”

“South Africa is burning while our politicians navel gaze in self-admiration. Bekkersdal represents a microcosm of what is happening in our townships. This is a shocking indictment. But what do we really understand of the anger in the country? Do we properly grasp the very real meltdown happening before our eyes? Visit Bekkersdal, because it will break your heart. ”

Quite so. I have tried to understand protest in post Apartheid South Africa by focusing on just one place – Bekkersdal, What I found was a disaster and a dystopia.

I also found a story which, whether representative of all sites of protest or not, might inform how we understand contemporary protests in our country.

Bekkersdaal is located on the richest seam of gold deposit in the world. It is surrounded by wealth and excess, yet it is etched in deprivation and discontent. In a series of places which have frequently had violent protests in politically liberated South Africa, Bekkersdal is not the first. Nor will it be the last. From Bushbuckridge in the North, Matatiele in the East. Khayalitsha in the South, Bekkersdal in the West and Ficksburg in between, it is estimated that there are currently about three hundred protests a year in South Africa.

The populations of African cities are expected to grow by more than 900 million by 2050. Many of these people will live in secondary cities. These cities are a sub‑set of cities within national systems of cities. Secondary cities play a critical intermediary role in the operation and development of local and regional economies of national systems of cities and regions. They are a vital part of the fabric of the production, distribution, and logistics systems of national economies. →