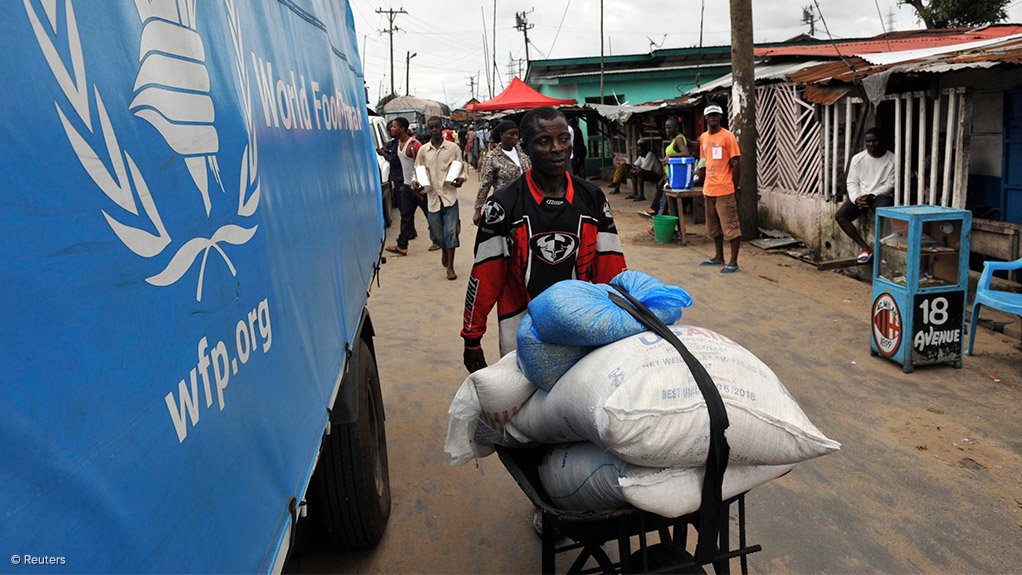 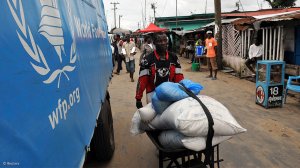 The World Food Programme (WFP) on Wednesday welcomed the first delivery of food assistance to the Central African Republic (CAR) using barges along the Ubangi River from neighbouring Republic of Congo, also known as Congo-Brazzaville.

The United Nations Office for the Co-ordination of Humanitarian Affairs (OCHA) said the new supply route from Brazzaville to Bangui is an alternative and complementary supply line that will make lifesaving food assistance available more quickly in CAR.

The shipment includes pulses and vegetable oil and it is the first of several dispatches expected from this route. The food commodities are part of a donation from the US, WFP’s biggest donor in CAR.

“The ability to use the Ubangi River during the rainy season allows WFP to have an additional route from July to December every year which is faster, does not require military escorts and can transport a large quantity of vital food supplies,” said WFP’s country director ad interim, Samir Wanmali.

“The donations from the people of the United States form the bedrock of WFP operations in CAR. We are grateful to the US government and USAID (United States Agency for International Development) for supporting the most vulnerable people in the country.”

Commercial and humanitarian cargo into the country is mainly channelled through the port of Douala in neighbouring Cameroon. However, congestion on this supply corridor, which WFP uses for 90% of commodities, the onset of the rainy season, a weak road infrastructure and security incidents along the route from Douala to Bangui all contribute to delays in receiving supplies and, in turn, hamper WFP’s ability to support vulnerable people, OCHA said.

"The United States is committed to providing lifesaving humanitarian aid to Central Africans in need. I'm pleased to see this new supply route opened and I thank my colleagues at the US embassy in Brazzaville and our partners at WFP for making the logistics for this critical delivery possible," said Lucy Tamlyn, the US ambassador to CAR.

Humanitarian needs are increasing in CAR as existing vulnerabilities of crisis-affected populations have been exacerbated by the Covid-19 pandemic, with a significant impact on the food and nutrition security.

In June, WFP provided food assistance to nearly 670 000 people. However, the WFP operation in CAR has significant funding shortfalls that will hamper its ability to meet urgent food and nutrition needs within the country.

WFP said it needs US$83-million to be able to provide food assistance to 1.8-million people until the end of the year.

The African National Congress in Gauteng told President Cyril Ramaphosa that his spokesperson, Khusela Diko, could not return to work for another two weeks, pending the finalisation of a provincial working committee report on her political fate. ANC Gauteng secretary Jacob Khawe said the party told the president that it was in the government's best interests for the party to reach finality on the cloud over her head before she returns to work. Khawe was speaking following a marathon provincial executive committee meeting over an integrity commission report on Diko, Gauteng Health MEC Bandile Masuku and City of Johannesburg MMC Loyiso Masuku, who have been at the centre of a Gauteng health personal protective equipment tender scandal. After the integrity commission report was found to be badly written and inconclusive, it was resolved at the meeting on Monday that the three should remain on special leave from government duties for two more weeks. →