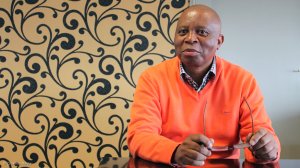 “When I had to give up my university studies 34 years ago I was so angry that I wanted to leave South Africa, get military training and an AK-47, and come back to kill evil white people … I’m just as angry now as I feel my economic freedom is under threat, but I’m staying to fight for what I believe in.” – Herman Mashaba

When Nelson Mandela became South Africa’s president in 1994, Herman Mashaba thought his struggle for personal and economic freedom was over, the battle won. Twenty-one years later, he has had to question that assumption as his freedoms are eroded and economic controls tighten. Mashaba, a self-made entrepreneur who started his business Black Like Me in the dark days of apartheid, is committed to freeing South Africans from poverty.

As a successful business person, Mashaba says he can no longer be silent on the state of the South African economy. In Capitalist Crusader he outlines his quest for economic freedom for all South Africans – through a firm commitment to capitalist principles. He describes the changes in his political affiliations and maps out the route South Africa needs to follow to escape entrenched unemployment, poverty and inequality.

Herman Mashaba is a Non-Executive Director of Black Like Me (Pty) Ltd, which he co-founded in 1985. He is Executive Chairperson of Lephatsi Investments (Pty) Ltd, Leswikeng Group of Companies and Phatsima Group of Companies and holds several other directorships. In 2004, Mashaba won the Free Market Foundation’s Free Market Award for his exceptional contribution to the cause of economic freedom.

Capitalist Crusader is published by Bookstorm