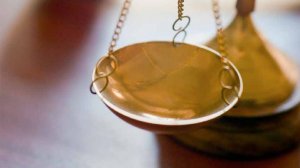 The Human Sciences Research Council (HSRC), together with its partner the University of Fort Hare (UFH), were appointed by the Department of Justice and Constitutional Development (DoJ&CD) to assess the impact of the decisions of the Constitutional Court (CC) and the Supreme Court of Appeal (SCA) on the transformation of society.

Subsequently called the Constitutional Justice Project, the research focused on the lived experiences of all South Africans, particularly in respect of the adjudication and implementation of socio-economic rights within the context of a capable and developmental state (NDP Vision 2030).

The Constitution of the Republic of South Africa, 1996 provides both the framework and foundation for the transformation of law, state and society within an African and global context. Government has initiated the transformation of the justice system, including the establishment of the Office of the Chief Justice, to further enhance the independence of the Judiciary and give further effect to the separation of powers doctrine in the Constitution.

Report for the Department of Justice. Prepared by the Democracy, Governance and Service Delivery Research Programme of the Human Sciences Research Council in partnership with the Nelson R Mandela School of Law of the University of Fort Hare

China is one of the best-known emerging powers in international development cooperation. In 2014, China’s aid flows were officially estimated at over US$4 billion a year—similar volumes to Canada and Norway, and about a third of the size of the UK’s aid budget. China’s Belt and Road Initiative (BRI), announced in 2013, is the flagship under which China has made hundreds of pledges to support different countries and regions around the world in different ways. To date, however, there has been ... →