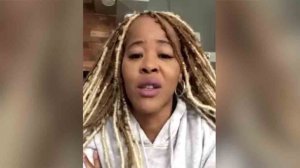 Andile Gaelesiwe is celebrated across South Africa as the adored host of Khumbul’ ekhaya on SABC 1. Yet few know that behind the glamour of her public image, there is a vulnerable girl from Meadowlands, Soweto.

Andile grew up in a time of turmoil, not only in South Africa, but also in her family. This led her to look for her biological father who then betrayed her in the worst possible way.

In the late 1990s Andile took the music industry by storm when her first single ‘Abuti Yo’ was released.

Remembering is Andile’s fierce, and at times funny, memoir. It touches on serious issues of rape and patriarchy, but also reveals a woman with a will of steel, music in her soul, and a commitment to living to the full. Andile’s story is deeply inspirational.

Remembering is published by Tafelberg, an imprint of NB Publishers