ANC will come out tops – and here’s why

ANC will come out tops – and here’s why 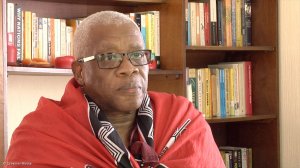 Apparently there is a general election on May 8. Were it not for the so-called service delivery protests, one would have forgotten that South Africans are going to the polls in a few days.

I refer to the rebellion of the poor as ‘so-called’ service delivery protests because the term is, at best, a partial representation of what is going on, and, at worst, a misrepresentation of the reasons behind the rebellion. Some will quibble with the use of the term ‘rebellion’ because too many among us, especially in the media, have bought into the idea that the protests are a product of the manipulation of the poor and stupid by the African National Congress (ANC) to divert attention from its failures, are nothing more than attention-seeking by poor communities who are using the election as a weapon to blackmail the ANC into delivering on the promise of a better life for all, or are just inexplicable unrest and disturbance of the peace that have come out of the blue.

These responses show just how out of touch those of us who consume the news in English have become. We think that the mainstream media, (anti)social media in English, and talk radio in English constitute the totality of our postapartheid story and reality. It is for this reason that most of us, including President Cyril Ramaphosa, seem to be unaware of the tragedy that has been unfolding in Lusikisiki for the past three months. My point exactly!

How can so many killings, the fact that so many homes have been burnt down, the fact that women and children are sleeping in church buildings and men are sleeping in the forest because of so-called faction-fighting between two villages not dominate the news agenda? I say we ‘seem’ to be unaware because, in the main, the chattering classes, the middle class and the Twirring class, who consume news and information in English, may otherwise force me to surmise that we are unaware of the unfolding tragedy in Lusikisiki because the denizens of the villages in question are not like us.

Unlike us, they lack narrative dignity and, therefore, fall outside our circle of middle class compassion. It is for this reason that the rebellion of the poor becomes a topic for discussion only when they burn stuff and we, in turn, pontificate about the futility of burning clinics and libraries to divert attention from our ignorance. In case you are wondering, burning clinics and libraries is not right. That notwithstanding, our class prejudice and ignorance – the fact that we are out of touch because we see social, political and economic reality in English – blind us.

As for our political class, the less said the better. Our politicians have turned elections into a ritual, during which the hopes and desires of the victims of colonialism and apartheid are sacrificed on the alter of narrow political gains. Every five years, politicians – particularly those from the ruling party – get an opportunity to feign ignorance, and pretend they care about the plight of poor communities.

In the process, we are duped into believing that our culture of narrow electoralism will deliver change to and for our people. Failing which, a powerful man, one man, Ramaphosa this time, will wave his magic wand and deliver us from the evils of capitalist accumulation and the dogs of poverty, unemployment and inequality. Make no mistake, Ramaphosa, because of his approval rating, will pull the ANC up, despite his subjective weaknesses as a leader and the ruling party’s state of qualitative decline at the moral, strategic, intellectual and leadership levels.

The ANC will garner an absolute majority of votes at national level (we can quibble about the size of this majority) because of attempts to portray him as a product of the fight against (so-called) State capture when, in fact, he is a product of the same qualitative decline which created the fertile ground for the multiple State capture projects that have come into conflict with one another.

One of the reasons Ramaphosa is so popular is that the history of State capture is being written by the victors, who have succeeded in creating dots for us to connect. This means that Ramaphosa’s popularity is a function of partial representations of State capture. Ours is not a genuine opposition to State capture. We do not mind State capture as long as the perpetrators are people like us – people who like us or people we like. So, the ANC is not going to suffer debilitating electoral losses at national level because our partial narrative of State capture has lionised Ramaphosa. As a British politician put it, ours is a country of lions that is governed by donkeys and the election is not going to change that.

Making headlines: IEC responds to ActionSA, saying party did not abbreviate its name; More than 18-million vaccine doses administered in South Africa; And, Mboweni says rats and mice' acting as leaders have worsened the economic crisis →