ANC manifesto: we’ve heard that all before

ANC manifesto: we’ve heard that all before 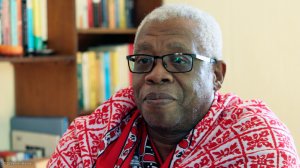 Before I start, let me say this: I have spent the past two days thinking about what to say about the election manifesto of the African National Congress (ANC). After reading the ANC’s manifesto, I thought of Duma Gqubule, who, referring to President Cyril Ramaphosa’s economic stimulus plan, said it was like an old salad with a fresh dressing. The manifesto also reminded me of a Bulgarian friend who talked about a new brothel with old prostitutes. I think you catch my drift. The manifesto, notwithstanding the fact that I am a teetotaler, is like a Sauvignon blanc that is in a new bottle but tastes like vinegar. In short, I have heard it all before.

The ANC says its manifesto is about “transforming the economy to serve all people, through interventions that promote a developmental growth path”. The ruling party also promises to work with “labour, business and communities to create many new jobs and ensure that all workers can earn a decent living”.

To this end, the ANC promises to “create an extra 275 000 jobs by boosting local demand for goods, investing more in mining, manufacturing and agriculture and expanding export markets”.

What is clear, though, is that, in the collective mind of the slightly dominant faction in the ANC, the achievement of national strategic goals is contingent on domestic and global capital playing a central role in relation to the strategic goal of boosting gross domestic product growth and the modernisation of the South African economy. The ruling party also recognises that a strong and effective developmental State is critical for economic development and national development in general. That, in turn, hinges on the state of the ruling party and the quality of leadership available. In all probability, therefore, the ANC will trounce the opposition in the May general election but, as a government, cannot waffle its way out of our economic, social and political crises.

Is the ANC equal to the revolutionary task of creating a new postcolonial, anticolonial, postapartheid, as well as, a counter and auto-hegemonic reality and democratic order? The simple answer is: Nyet!

There are two responses that I find both incredible and terribly unhelpful with two of the general responses to this question. The first comes from the ANC itself. Its political commissars tend to argue that, because it is a liberation movement and, therefore, a leader of society, it is equal to the task of transforming our society by eradicating the social, political and economic contradictions of our colonial and apartheid past. Those who are uncritical of the dogma of democratisation theorists tend to argue that, because the ANC is refusing to mutate from a liberation movement to a modern political party, it is not equal to the task of creating a modern society, State and economy.

Since too many democratisation theorists have tied themselves to liberal democracy, conservative conceptions of democratic consolidation, neoliberalism and the ideology of post-politics (the idea that neoliberalism in its different incarnations is the only way to organise society and the economy), all they want is an ANC government created in the image of their liberal, neoliberal, neocolonial and neoapartheid conceptions of social, political and economic reality.

In South Africa, this conception of reality is generally but not exclusively tied to whiteness and its attempt to hold on to colonial and apartheid privilege. Since the advent of democracy, the ANC has done little to nothing to change this postapartheid reality. In part, this is so because some of those who have occupied and still occupy critical leadership positions in the State and the ANC are policy askaris who profit from diverting the ANC from its revolutionary – a path that is in conflict with entrenching the economic position of whiteness and its allies in the West and the North.

This is what our political and economic elites lovingly refer to as ‘pragmatism’, which is nothing but an ideology of appeasement. If I am correct, then I must also be correct in thinking that the ANC manifesto is irrelevant because the primary task of the ANC is to appease global and domestic capital and take breaks from this endeavor by engaging in internecine factional warfare for the crumbs. In short, as a revolutionary movement, the ANC has run its course. As my friend Muzi Sikhakhane puts it, the ANC must be retired like the No 10 jersey of Orlando Pirates.