ANC is the real champion of the people, other parties are 'Mickey Mouse' – Ramaphosa

ANC is the real champion of the people, other parties are 'Mickey Mouse' – Ramaphosa 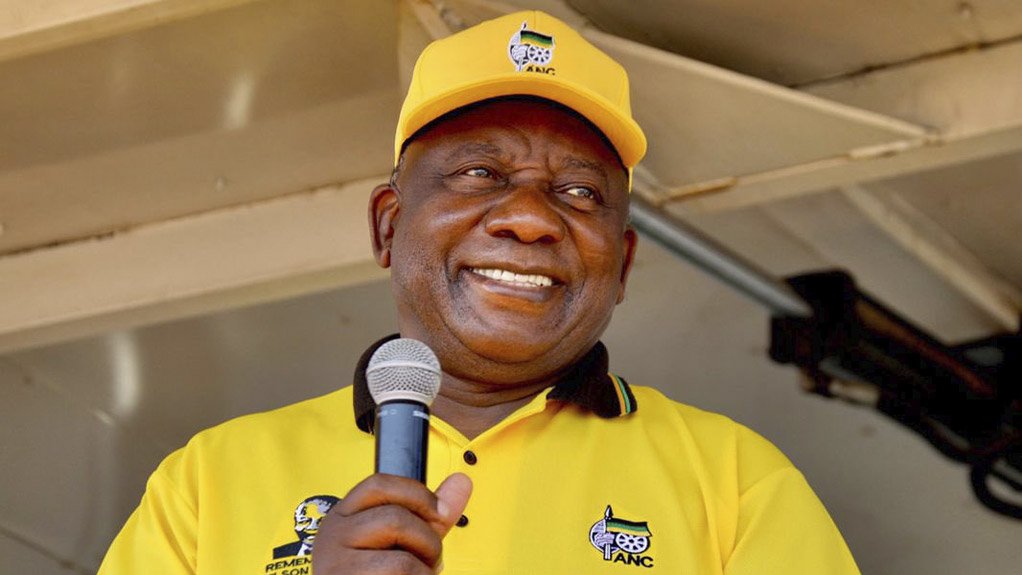 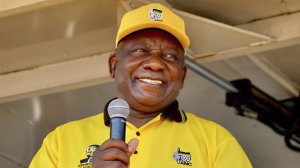 "The ANC is the real champion of the people, and all these others are Mickey Mouse parties."

These were the words of African National Congress (ANC) president Cyril Ramaphosa to scores of supporters in Tshwane on Friday while canvassing for votes ahead of municipal elections.

He was speaking in Ward 22 in Mabopane, Tshwane, where an ANC councillor Tshepo Motaung was recently gunned down. Motaung was shot over 20 times last month by unknown assailants.

Ramaphosa's visit to the area comes just after Deputy President David Mabuza also went to Tshwane on an electioneering drive.

The ANC lost Tshwane in 2016, and Ramaphosa said the party wanted to regain it. He said it was infighting that had led to the party losing power in 2016, and that this "would not be repeated".

"We should remove these pretenders that claim to work for the communities, and reinstate the ANC - the real champions of the people. The current municipality is only interested in the interests of a few minority, so you in the townships have been left to fend for yourselves.

In 2016, the late then-chairperson in Tshwane Mapiti Matsena was the preferred candidate for the region over Kgosientso Ramokgopa. However, the Gauteng provincial executive committee and Luthuli House settled for then-MP and current Rural Development and Land Reform Minister Thoko Didiza as a so-called "compromise candidate".

This move was followed by days of unrest across the metro, as people claiming to be Ramokgopa’s supporters took to the streets and declared, "no Sputla [Ramokgopa’s nickname], no vote". Later, the ANC lost control of the metro for the first time to a DA-led coalition government that has remained in charge ever since.

'You are setting a good example'

Speaking on Friday, Ramaphosa added that "there should never be a situation where Tshwane is in the hands of another party".

"Tshwane is the capital. The Union Buildings are in Tshwane. We can’t therefore let this metro be in the hands of the opposition. This has to be rectified."

Ramaphosa also praised the fact that the ward has since chosen a woman to stand as their ward candidate.

"We are appreciative of the fact that in the ward you choose a woman, and you are setting a good example by choosing a woman that you trust and know will serve you."

He added that, while past ANC candidates had disappointed communities, the current crop, including the newly-elected ward candidate in Mabopane, were not going to "steal from you, employ their friends and family members", but would priorities the needs of communities over their own.

Ramaphosa’s address also came after Defence and Military Veterans Minister Thandi Modise, her deputy Thabang Makwetla and Minister in the Presidency Mondli Gungubele were rescued after being held hostage by a group of military veterans who allegedly demanded R4.2-million each in special pensions.

The ministers were meeting with the Liberation Struggle War Veterans (LSWV), comprising members of various armed groups that fought apartheid, including Umkhonto we Sizwe (MK), the Azanian People’s Liberation Army (APLA) and the Azanian National Liberation Army (Azanla). The group demonstrated outside Luthuli House this week, leading to the evacuation of the ANC’s headquarters.

'Demand for a special pension'

While Ramaphosa did not address the matter during his address to Mabopane residents, ANC spokesperson Pule Mabe earlier told the media that the governing party, although dismayed by the actions of the liberation veterans on Thursday evening, was comforted "by the fact that the SAPS have taken speedy action".

Mabe said the ANC was still open to trying to resolve the matter without involving law enforcement, even though at least 56 people were arrested at St George’s Hotel and Conference Centre in Irene, Pretoria, following the altercation.

This was in contrast to what Modise said during a press briefing on government interventions and the comprehensive approach to tackling challenges military veterans faced.

Modise said there was no chance that any of the ministers who where held hostage would consider dropping charges, as those arrested had broken the law, and that legal routes towards addressing this ought to be followed.

Mabe also pointed out that the matter being raised by the disgruntled military veterans - which included "a demand for a special pension" - was not so much an ANC issue, but a matter that ought to be dealt with by government.