Amid Zondo inquiry 'toxicity', Mpofu should not be singled out over shut up comments – Madonsela

Amid Zondo inquiry 'toxicity', Mpofu should not be singled out over shut up comments – Madonsela 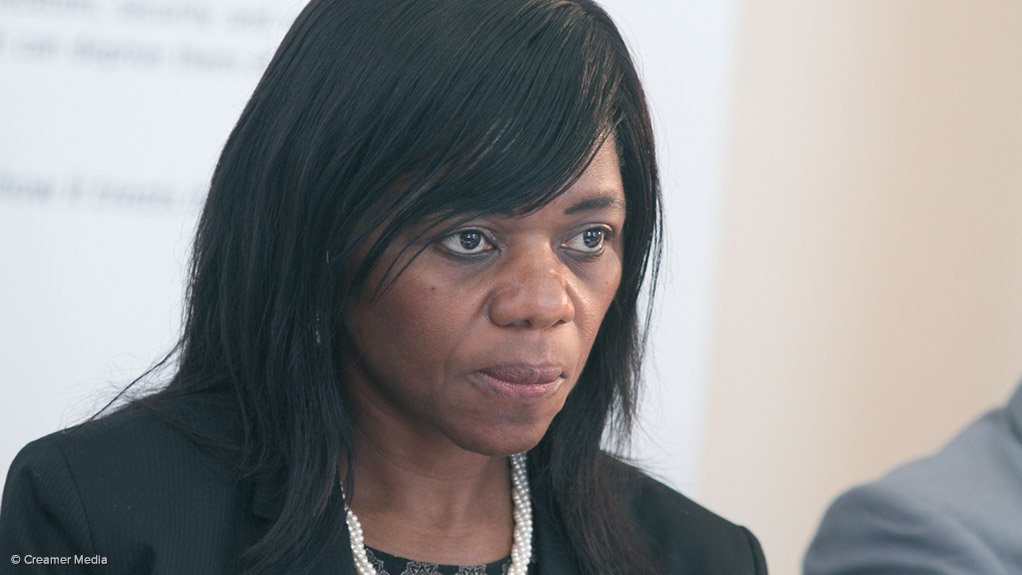 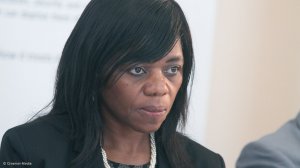 Professor Thuli Madonsela says advocate Dali Mpofu's shut up comments at the state capture inquiry were "rude and unprofessional", but says it would be seen as selective to single him out over them, given how "toxic" commission engagements have become.

"The commission needs to reign in all the legal professionals that appear before it. To single out advocate Mpofu without looking through the commission's whole history would be seen as selective and counterproductive," the former Public Protector told News24.

The furore over Mpofu's shut up utterances comes as the inquiry heads to the Constitutional Court on Thursday to argue that former president Jacob Zuma should face two years behind bars for his repeated failure to appear before the commission and answer non-incriminating questions, despite a ruling by the country's highest court that he do so.

Zuma not only defied that ruling, but he has also attacked the integrity of the commission, its chairperson and the Constitutional Court itself.

Zondo's seemingly ineffectual response to Mpofu's outburst on Tuesday - which follows multiple attacks on commission evidence leaders by, among others, the lawyers for former State Security Agency officials and former South African Airways board chairperson Dudu Myeni's unlawful naming of a secret witness - will only enforce perceptions he is struggling to maintain control of the inquiry.

Meanwhile, Madonsela's views that Mpofu should not be singled out for sanction over his shut up comments are not shared by the Council for the Advancement of the SA Constitution's Lawson Naidoo.

He contends Mpofu's "childish, derogatory and demeaning conduct" should be the subject of investigation and "appropriate action" by the General Council of the Bar (GCB) and Legal Practice Council.

Naidoo said Mpofu's conduct also "calls into question his suitability to serve on the Judicial Service Commission", where the advocate represents the GCB.

Constitutional and administrative law expert Bulelwa Mabasa added the "legal profession should not turn a blind eye in this interaction" as "being silent on this issue only serves to promote bullying and collegiality in the profession".

She added: For a profession that is built on patriarchal practices amongst others: legal professionals should begin to embody the kind of society we want to build based on respect and equality. Mpofu should be brought to book and disciplinary consequences should follow.

He has, however, made it clear he regarded himself as having been mistreated during an evening session of the inquiry that was held on Tuesday.

During that hearing, Mpofu - who was representing former SA Revenue Services commissioner Tom Moyane at the inquiry - told Zondo that advocate Michelle le Roux needed to shut up while he objected to her line of questioning of Public Enterprises Minister Pravin Gordhan.

Mpofu had been given an hour to complete his cross-examination of Gordhan by Moyane, who has sought to portray the minister as a corrupt racist who was jealous of his achievements as SARS commissioner.

Le Roux, who was representing Gordhan, wanted to ask him how he felt about being referred to as a racist by Moyane. Mpofu objected and became irate when Le Roux then attempted to explain the reasons behind her question.

"Chair, I am on the floor. Really I can't stand this," Mpofu said. "This cannot be happening for the third time. Ms Le Roux must shut up when I am speaking, okay?"

When a visibly shocked Gordhan exclaimed "yhoooo", Mpofu hit back with: "You too, Mr Gordhan. I am still on the floor, may you also shut up."

Zondo did not ask that Mpofu apologise for those comments and instead repeatedly asked him to sit down while he listened to Le Roux's explanation for her question.

Mpofu initially refused to do so and then threatened to leave the commission.

But he eventually did sit down, as Le Roux unsuccessfully attempted to persuade Zondo that he should give Gordhan "the opportunity to explain to you and to the country quite frankly how he feels as a person when he is accused of being a racist by Mr Moyane".

After Zondo refused to grant Le Roux the right to ask that question, she completed her re-examination. Mpofu then again expressed his unhappiness at what he perceived as the mistreatment of Moyane and his lawyers "in this commission".

"I was speaking, I did not interrupt when Ms Le Roux was making objections and I am in the process of making an objection and I do not know on what basis I should be told to sit down when I am still speaking and she has interrupted me," he said.

"I cannot be interrupted by junior counsel when I am still speaking and I need to finish my point. So, I think it is completely unfair, I think it is uneven the way parties get treated here and I just wanted to place that on the record. It's completely wrong."

Zondo responded by telling Mpofu he had allowed Le Roux to address him because "I considered that it would more convenient to have her explanation before I hear what you've had to say" and adjourned the proceedings.

As yet, the inquiry has not responded to questions from News24 about whether it intended to take any action over Mpofu's shut up comments.

Given the controversy the incident has created, it would arguably be unwise for the inquiry not to express a view on what happened.

Mabasa argued Mpofu's interaction with Gordhan and Le Roux had eroded "the public perception and credibility of the work of the commission … given the sheer disregard of the position of the chair" by him.

She said "in the light of former president Zuma's refusal to co-operate with the commission, this interaction does little to boost the public confidence about the inquiry's work".

"Mpofu's reaction was unwarranted given that it is not uncommon for opponents to interrupt and interject one another. There are built-in ways in which this is dealt with and this is where the role of the chairperson becomes critical … and must be respected."

While acknowledging that Mpofu may have "felt interrupted", Madonsela stressed "there is a professional way to handle real or perceived interruptions".

"I believe advocate Mpofu's use of shut up to a fellow legal professional was rude and unprofessional and a deviation from the collegiality that the profession has treasured for years," she told News24.

"For me, this is a microcosm of where we are in society. In many quarters, divergence of opinion is seen as enmity thus open for any means of attack. The standard is set in Parliament and is cascading throughout society, including among children. It's time we all say no to all rudeness, not just Mpofu's."

Demonstrators in Ghana's capital began gathering for a second day of protests against spiralling inflation and other economic woes on Wednesday after a first day ended in clashes with police and 29 arrests. Hundreds took to the streets on Tuesday to denounce price hikes, a tax on electronic payments and other levies amid an economic downturn. →