Albert Nolan – memories of a non-believer

Albert Nolan – memories of a non-believer 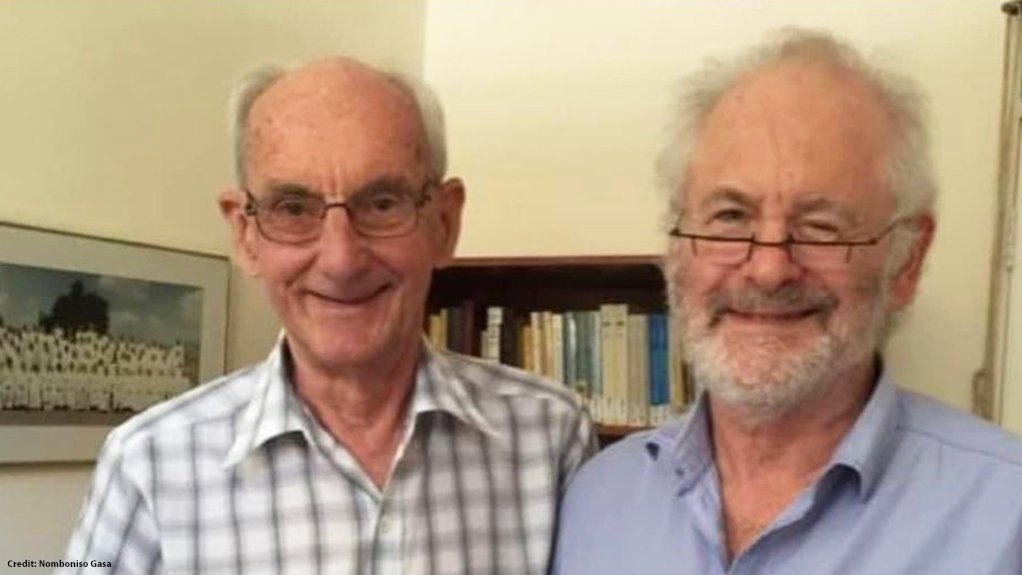 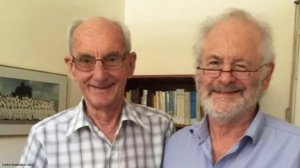 I first met Albert Nolan when I emerged from prison in 1983. I was then a Communist, although it was illegal to be one and I didn't admit that in public or in private. And I was an atheist. It was not compulsory to be an atheist in the Communist Party. There were many members who were believers in Christianity and other belief systems. But I was not one of those. I was an atheist, and I did not then understand how much I could learn from someone like Albert Nolan, or other believers.

Atheism is not a belief system in the sense that it conducts missionary activities or actively propagates its denial of the existence of a Superior Being like a religious or political doctrine. In my case, I simply did not believe and my atheism only needed to be articulated when I was asked to swear an oath and chose to “affirm”. It is just how I understood that aspect of my life.

I grew up in a Jewish household, which was not very devout, and I did not know very much about Judaism or any other religion.

Until late in life, I did not understand what a disadvantage I was at in not drawing on the insights of a range of religions, especially in the developments that had been occurring during the 20th century with the emergence of liberation and feminist theologies.

In fact, it is only in the 21st century that I’ve come to grapple with some of the insights that I've derived from these teachings. I was fortunate in this journey to benefit from discussions with Father Albert Nolan and also the late Chris Langefeld with both of whom I formed close relationships which were based on shared understandings and values.

Our discussions - with Albert or together with or separately with Chris - also related to our analysis of the situation in the country, what non-believers, perhaps especially Marxists would call the current conjuncture, and what Albert, Chris and other believers would call “reading the signs of the times”. As Albert put it in his book, Jesus Today, to be a prophet, or to be prophetic is not to forecast the future or be a fortune teller but to understand what is happening at any particular moment, to read the “signs of the time”. A lot of my discussions with Albert and Chris were related to this analysis.

When I first met Albert, it was at a distance because although we had a cordial relationship, I was not engaging theological questions, and I did not appreciate what I had to gain from such works.

And I did not know that Albert was one of the foremost liberation theologians, or theologians in general, in the world. He was, as I saw it, simply a comrade who was a priest. Equally, when I spoke to other priests, like Rev Frank Chikane, and interviewed him about the Freedom Charter, I had not yet developed adequate respect for his specific belief system. I just wanted to harness his support for the Freedom Charter as a member of a constituency that carried weight in a time of contestation with other political trends. I did not show adequate respect but had also not yet learnt what I had to gain from their belief systems.

Albert’s book, Jesus Before Christianity had gone into its 25th reprint about 10 years ago. I gather it is being republished as a theological classic this year. (Communication from Father Michael Lapsley, 18 October 2022). As a theologian, he was a best-selling author and this work was prescribed in a range of educational institutions, not only Catholic ones. I had no understanding of this. I didn't appreciate that he was not simply a conventional priest, university pastor or something of that kind.

I did not then know that Albert had been elected to the position of Master of the Dominican Order in 1983. He asked to be released from this prestigious position because it would have meant being based in the Order’s Rome headquarters. He believed his duty was to remain with the people of South Africa and the Dominican Order agreed to his request.

What I also understand from my discussions with both Albert and Chris is that the period that both of them spent studying in Rome was a very, very broad foundation of knowledge and understanding, both being familiar with a much wider range of philosophers and other thinkers than anyone else that I've encountered. They were open to everything. And this openness contrasts with the idea that many have of the Roman Catholic Church being dogmatic.

It may have its dogmas and dogmatists, but within the ranks of the priests, it had people like Albert and Chris and they were extremely open to a range of belief systems, including Buddhism, Marxism, and a range of others.

In the course of meeting Albert, I did not discuss theological matters initially, but when I was underground, in the first State of Emergency of the 1980s, from 1985 to early 1986, Albert asked to meet and it related to the Kairos Document. I was very surprised to be consulted on this document that was a theological intervention. Why did he want my input? In compiling this document, there was agreement that it had to be a result of a consultative process, not simply intellectual work. Albert and the other editors of what would become the Kairos Document took consultations very seriously.

That is why he found it necessary to consult with someone like me who was not a believer. That surprised me though I didn't really dwell on it at the time. As I recall, I was not pressed to make any statement related to religious doctrine and had a general discussion of how we understood apartheid and the character of the freedom we wanted to emerge. And on this our views converged.

I went back to prison again in the 1986 State of Emergency and Albert had to go underground in that period. Terence Creamer believes he “was particularly vulnerable to arrest for steering the drafting process of the Kairos Document in mid-1985”. Its deriving from grassroots theologians in Soweto and Johannesburg – “theology from below” - made him a target of the security police. (See https://www.polity.org.za/article/albert-nolan-priest-activist-author-and-renowned-theologian-2022-10-17).

But his clandestine life was more sustained, for he was part of an underground network that managed logistics, including the transportation and movement of activists, providing safe houses and a means of communication while in South Africa. The full extent of his role in these networks is not known, as much of the work was done on a disciplined ‘need-to-know basis’. (See: https://www.polity.org.za/article/albert-nolan-priest-activist-author-and-renowned-theologian-2022-10-17).

When I came out of detention, I was under house arrest and after that I only saw Albert from time to time in the 1990s. His book, God in South Africa had come out in 1988.

I only really got to appreciate the significance of this work and his later work Jesus Today when I was working on Chief Albert Luthuli about 10 years later. I had to understand Luthuli's theology, because I appreciated that Luthuli's Christianity and his political actions and belief systems were intertwined. Consequently, I had myself to understand his theology.

Much of Luthuli’s life was prophetic. Even the title of his book, Let My People Go, which is the Mosaic call to Pharaoh to free the people of Israel, is part of a range of prophetic allusions in Luthuli's work that I had to understand. And in reading Albert Nolan’s writings, much of which is preoccupied with the prophetic, I felt I got somewhere in my understanding.

If one consults God in South Africa, he examines a range of practices and manifestations of the 1980s, what it meant to be in the Struggle, the togetherness, the connectivity that was built in the Struggle. But Albert made sense of them, both from a theological point of view, but also from a broadly sociological point of view, which assisted someone like myself, who was involved in ideological contestation, to understand better this very Struggle to which I had devoted much of my life

Obviously today we look back on that and ask ourselves whether some of those values and connections endure. Undoubtedly they have taken a battering - but Albert would not have wanted us to be paralysed by despair.

We have to work in a range of ways to create the conditions for hope as part of honouring Albert’s life.

Raymond Suttner met Albert Nolan in the context of the UDF and their relationship developed over time, based on shared understandings and values.