ActionSA, DA at odds ahead of motion of no confidence in Joburg Mayor Phalatse

ActionSA, DA at odds ahead of motion of no confidence in Joburg Mayor Phalatse 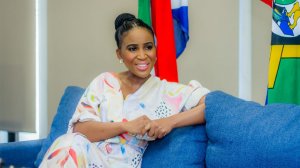 With another motion of no confidence in Johannesburg Mayor Mpho Phalatse looming, the turmoil in the governing coalition continues, with ActionSA blaming the Democratic Alliance's (DA's) federal executive committee (fedex) for scuppering a deal with the Patriotic Alliance (PA), and the DA accusing ActionSA of acting in bad faith.

This bickering between the two biggest partners in the coalition comes against the backdrop of the third attempt to remove Phalatse after the African Transformation Movement, Al Jamah-ah and the African Independent Congress (AIC) brought motions last week, which will be heard on Thursday.

It set in motion negotiations between the parties to restore most of the original coalition, which would mean that the Patriotic Alliance (PA) would have to be brought back into the fold.

ActionSA national chairperson Michael Beaumont said in a statement on Wednesday morning that the PA accepted a deal that would have restored the Johannesburg coalition, keeping the African National Congress (ANC) out of Johannesburg and "most likely, the EFF [Economic Freedom Fighters] out in Ekurhuleni".

The deal would see ActionSA sacrifice two positions on the mayoral committee to accommodate the PA.

According to Beaumont, the DA's fedex rejected the deal.

"The DA's stated reasons for rejecting the deal are a false pretence to mask their intention to allow the coalition government to collapse in Johannesburg," Beaumont said. The coalition partners implored the DA to reconsider, but according to Beaumont, they refused.

"The DA's position was put to the PA which rejected the proposal and stated that they would not work with this multi-party coalition arrangement in Johannesburg involving the DA," he said.

On Tuesday, the national coalition structure wrote to DA leader John Steenhuisen to urge the fedex to reconsider its position.

"Despite the urgency of an impending motion of no confidence on Thursday, the DA has not favoured its partners with a response," Beaumont said.

According to him, the motion against Phalatse will most likely succeed as "a direct result of the DA's actions".

"The actions of the DA are a deliberate and inexcusable betrayal of the public commitment made by parties in the coalition to keep the ANC out of government and to provide an alternative to all South Africans. It has produced a bizarre dynamic where coalition partners have worked tirelessly to keep Mayor Phalatse in office while the DA is obstructionist to this agenda," Beaumont said.

"ActionSA will remain consistent and vote against the motion of no confidence in Mayor Phalatse on Thursday to ensure we remain true to our commitment to the coalition even if the DA has reneged on its commitment. Alongside other coalition partners, ActionSA supports a proposal made to accommodate the PA, which was agreed to by all parties (including the PA and the DA) and continue to push the DA to honour this agreement."

"The ball is entirely in their court. Our fedex met last night and sent an updated offer this morning (Wednesday), in good faith. ActionSA issued their statement even before considering our offer," Zille said in a text message to News24.

"That shows that they are not serious about these negotiations. While they should be making a considered response to a further compromise the DA has made, as we have done in good faith through these negotiations, they have ignored our response and are trying to apportion blame. That is very unfortunate."

She said the DA had shown good faith throughout and had made substantial compromises to keep the coalition in place and the ANC out of government in Johannesburg.

Beaumont said ActionSA must now consider the possibility that the multi-party government in Johannesburg could collapse.

"ActionSA is now openly part of a group of parties within the coalition that is working to see if an alternate coalition can be convened that honours the commitment to keep the ANC out of government, should the DA elect not to do so. The DA will need to decide whether to support such an arrangement or whether to support the return of the ANC," he said.