A New State of Mind: Greater Transparency and Accountability in the Middle East and North Africa

A New State of Mind: Greater Transparency and Accountability in the Middle East and North Africa 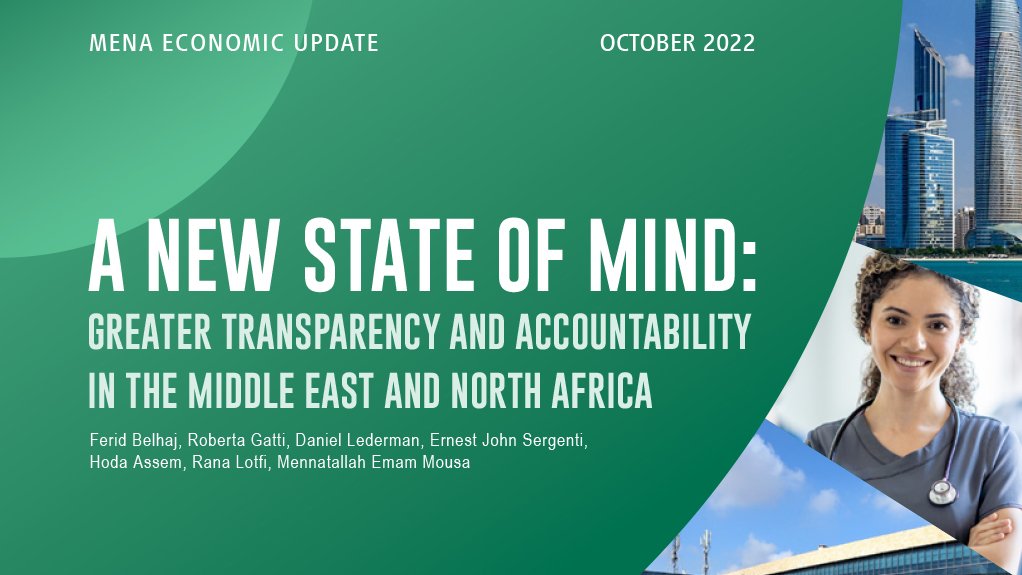 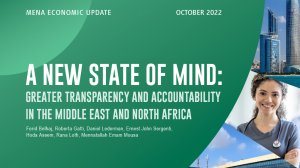 The MENA region is facing important vulnerabilities, which the current crises—first the pandemic, then the war in Ukraine—have exacerbated. Prices of food and energy are higher, hurting the most vulnerable, and rising interest rates from the global tightening of monetary policy are making debt service more burdensome. Part I explores some of the resulting vulnerabilities for MENA. MENA countries are facing diverging paths for future growth.

Oil Exporters have seen windfall increases in state revenues from the rise in hydrocarbon prices, while oil importers face heightened stress and risk—from higher import bills, especially for food and energy, and the depreciation of local currencies in some countries.

Part II of this report argues that poor governance, and, in particular, the lack of government transparency and accountability, is at the root of the region’s development failings—including low growth, exclusion of the most disadvantaged and women, and overuse of such precious natural resources as land and water.