2021 Local Government Elections: to be or not to be? – Ebrahim Fakir

2021 Local Government Elections: to be or not to be? – Ebrahim Fakir 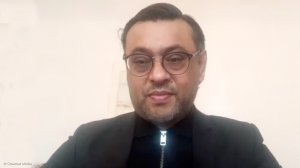 Ebrahim Fakir unpacks '2021: Local Government Elections – to be or not to be?' (Video: Nicholas Boyd, Editing: Darlene Creamer)

Considering that the last local government elections were held on the 3rd of August 2016, a date sometime in the first week of November 2021 would be the maximum period to which the current term of office of municipal councils could extend without being constitutionally delinquent.

Except that we’re in the midst of a pandemic. And hosting an election without due caution could prove to be a super spreader event.

Political parties, predictably, have divergent views on whether the election should be held in 2021. The EFF wants the elections postponed, or altogether cancelled. This fits in with their desire to ‘harmonise’ all the elections – national, provincial and local – to be held simultaneously on the same day. Holding elections simultaneously would be very bad. The cost saving to society would be minimal. The consequences for democratic practice, election management and election administration, are adverse and deleterious. But this is an argument best rehearsed elsewhere ( https://www.news24.com/news24/analysis/ebrahim-fakir-should-national-provincial-and-local-elections-be-one-day-definitely-not-20200813 ). Suffice to say that the EFF is not in favour of the 2021 local elections going ahead.

The ANC is schizophrenic and ambivalent. This is unsurprising, given the fractious nature of its factions and fractions. A part of the ANC has a view that accords with the EFF. A second view holds that it must be constitutionally compliant and that the elections should go ahead. Especially as not to compromise the legitimacy of the exercise of power and authority in local government (never-mind that the credibility of governmental operations at local level has long been shot!). It is, however, equally true that the ANC is in no position to mount a credible election campaign, especially after the revelations at the Zondo Commission of Enquiry into State Capture. The spectre of the results of the 2016 local government elections also haunt it, especially, its having been eclipsed in the economic heartland of the country. Though it might need a little more time to claw back a bit of lost credibility, it figures that with the inception of new party funding laws, it is a far sight better off than its competitors. Largely, considering the re-alignments taking place within the ANC and the EFF, parts of the ANC believe its better to have the election earlier rather than later, to either consolidate internally, or allow a clearer picture of the “balance of forces” to emerge, depending on how well or badly which faction of fraction one aligned with, performs in this election. But there is a credibility crisis that the ANC in Government faces, that would motivate for a postponement of the elections. That is the lingering stench of Covid-19 related corruption in procurement and welfare and relief transfers. The delayed vaccine rollout adds to this dent, and further undermines its immediate credibility. It is consequently unsurprising that the ANC equivocates on whether the election should proceed, or not (and incidentally, also on whether there should be the amalgamation of the local with national and provincial elections).

The DA is unequivocally of the view that the elections should go ahead, fundamentally because of the belief that regular elections are the foundational cornerstones of any democracy, and that prolonging the term of office of the current local governments would not only be illegitimate but set in motion a bad, undemocratic and authoritarian precedent.

While it is not advisable to postpone any election in a constitutional democracy, there is a need to be prudent and practical. A highly infectious disease, one could argue, is a good reason for postponing the local government election and putting in pace a transitionary mechanism that prolongs the current term of office, with a stipulated time limitation of perhaps six to eight months. It is purely for the reason of practicality and the imminent danger that the Covid -19 pandemic might pose to society. There is currently much that is unknown, and in some instances, even unknowable, with respect to its pathologies, spread and mutations. This is unfortunately exacerbated by government's poor performance on the vaccine roll-out programme, despite an encouraging recent announcement by President Ramaphosa that J&J signed a deal with Aspen to manufacture vaccines at Aspen's facility in the Eastern Cape, which will make vaccines more easily available locally and speed up a vaccination roll-out programme.

Despite this, there is no certainty that there will be large scale roll-out before the time for the local government election rolls around and definitely no certainty with regard to reaching “population immunity”.

Consequently, the reason why we ought to consider postponing the elections is not for any whimsical, or political, administrative, executive or other reason. The snag is that the constitutional, legal and regulatory architecture does not make provision for this eventuality. But situations of unfolding natural disasters, epidemics or conflict are a reality and in the absence of provisions to allow for the postponement of elections the ‘doctrine of necessity’ (a well-known jurisprudential concept) may be invoked in order to delay and defer the elections, temporarily extend the current term of office and establish some transitionary mechanism for this. The invocation of “necessity” must cogently and transparently set out the rationale, the period for the transitionary mechanism, the time limits and a plan for overcoming the state of disaster and a potential date for the elections.

But were this not to be a feasible option, there are other countries around the world, for example Uganda and the US, and some by-elections in South Africa, that were able to continue with elections and electoral processes even in the midst of lockdown and the pandemic.

This is a strong motivation for the elections to go ahead.

The one advantage is that local elections happen in a specific locality and so registered voters have to vote at voting stations where they are registered and where the numbers of voters can be managed. Alternatively, voters can be staggered and spread out and spread the elections over two or three days. This would ensure compliance with health and sanitation protocols but may prove more expensive since costs would escalate because of the utilisation of sanitisation, sanitising materials and equipment at each voting station. These costs would be compounded by the fact that the election is spread over two days at venues and staff will be utilised for a longer period of time. It also raises costs regarding safety, storage and transportation of balloting materials. Without clear communication, voters may be confused and suffer from election fatigue.

In an already volatile political climate this could represent a serious flashpoint for conflict and will relentlessly call into question the credibility and integrity, freeness and fairness of the electoral process, and the legitimacy of the outcome.

Worse still, is the habit of losers in elections often blaming the election administrator and election manager, which is an opportunity that has to be minimised.

Sooner, rather than later, a decision must be made, mindful of all of these considerations. If necessary, the ‘doctrine of necessity’ should be invoked as a purely transitionary arrangement, rather than a precedent setting exercise.