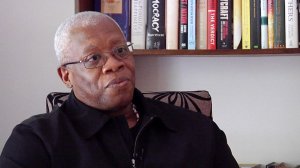 We must declare 2016 the year of Orwellian manipulation. For the purposes of this article, Orwellian manipulation is about presenting falsehoods as truths, and truths as falsehoods. The aim is to distort political reality and, thereby, change the political environment to the disadvantage of political opponents and discredit those whose views and interests do not coincide with your agenda.

Essentially, Orwellian manipulation is about ensuring that one’s preferred outcomes become the dominant political reality. Success hinges on carefully constructed lies and half-truths, so that others can develop a sense of ownership of the preferred outcomes of the manipulators. This was one of the defining features of our politics this year, and the media was the main theatre of Orwellian warfare. Usually, it is the politicians, States and ruling parties who tend to flirt heavily with Orwellian manipulation. However, some sections of the media, some civil society formations and certain political commentators have become quite adept at it. Therefore, the fact that South Africa is a democracy does not mean we are insulated from the authoritarian tendencies of ‘democrats’ who invoke democracy at the slightest provocation in order to mask their true agendas.

What best exemplified my concerns about Orwellian manipulation is what has become popularly known as the ‘proxy battle’ between President Jacob Zuma and Finance Minister Pravin Gordhan. The story of this proxy battle comes in the form of two narratives. In the first narrative, Gordhan is a shady character who, in his previous incarnation as South African Revenue Service commissioner, unlawfully formed a ‘rogue’ intelligence unit and this ‘rogue’ unit engaged in unlawful activities. Supposedly, Gordhan is the devil incarnate and what he wants is to destroy the President. In addition, Gordhan and the National Treasury have been captured by white capital and foreign interests.

In the second, Gordhan is the victim of a political conspiracy and the charges against him were part of an elaborate plan to purge the State of people who are opposed to corruption. Zuma is the chief conspirator and he, and many around him, have been captured by the Gupta family. Therefore, Zuma is the devil and Gordhan an archangel capable of acting only in the national interest and in the interests of the economy. Those who support Zuma are stupid and corrupt, and those who support Gordhan are competent, intelligent and they are committed to good governance. In this narrative, ratings agencies are the salt of the earth.

In my view, the two narratives are a mixture of the truth and lies. That said, I was exceedingly disturbed by two things. First, the suggestion that the economy and the rand are more important than the rule of law. A lie that was fattened with the aim of, ostensibly, staving off a sovereign rating downgrade to junk status. Second, the fact that the rule of law is being prostituted in pursuit of narrow personal, political and economic goals.

I suspect, though, that the most potent half-truths were about State capture or the ‘State of capture’. According to these half-truths, the Guptas, when it comes to State capture, constitute the biggest challenge facing South Africa. This deliberately ignores two things. First, the Guptas are indeed a problem, but they are the tip of the iceberg. Second, State capture has been with us since 1994 and, in my view, is a product of informal or nonformal arrangements some African National Congress leaders entered into with some sections of white capital. This was not about tenders. It was more important than that, since it was about capturing the policy space with the aim of distorting public policy to the advantage of those economic interests that were dominant during apartheid.

Therefore, the Guptas could capture sections of the State and the ANC because the post-apartheid State was made available for capture before the Guptas even thought of coming to South Africa. The problem, therefore, is that the supporters of Zuma are blind to the sins of the Guptas and the supporters of Gordhan refuse to see the indiscretions of white capital. If we are serious about investigating State capture, our investigations must not be limited to the economic actors who are not an extension of our own interests or impulses.

We must not continue doing what we spent 2016 doing: reducing lies and the truth to how information, facts and ideas make us feel. If they please us, they are the truth and when they displease us, they are lies. If we opt for this, 2017 will not be too different. Ours will be a political discourse in which the truth consists only of the Orwellian manipulation which makes us feel good inside so that, when we are asked the question, “Does the end justify the means?, our answer will be: “It depends on whether the outcome coincides with my wishes.”