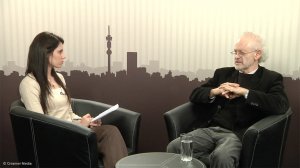 There is a wave of protests happening globally across the regime spectrum – from democratic to anocratic and autocratic societies. Although the issues vary from region to region, it is clear that citizens are demanding to be heard and they are using unorthodox ways to organise and protest. In Algeria, considered an anocratic state, protests have persisted since February 2019. Spurred by widespread peaceful and unrelenting protests in Algiers, then president Abdelaziz Bouteflika was forced to resign immediately in April, followed by a purge of his elitist cronies. While the demonstrations have received sustained international media coverage, there’s been a lack of significant commentary or support from European or North American governments. →