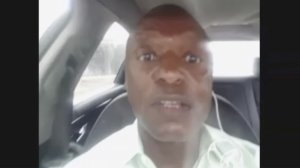 In the 1970s, Jaki Seroke criss-crossed South Africa as an underground courier between Pan Africanist Congress exiles and those on the home front. Arrested at a roadblock near Koster in 1987, he was held and tortured before being sentenced to 12 years on Robben Island. Released only to be detained again, Seroke finally emerged as a delegate at CODESA, where he helped to shape a democratic South Africa.

In his compelling memoir, Seroke shares the joys and the sorrows of his life, starting with his childhood in Alex, where he is born as ‘a poor mother’s son’ and his politicisation in ‘the year of fire and ash’, 1976. He recalls the political battles among the various Africanist groupings, his incarceration on the Island and his later work at Skotaville Press, as publisher and poet. After 1994, having decided that parliamentary politics were not for him, he joined the corporate sector and committed to a new kind of struggle – that of economic transformation in ‘our land’.

ABOUT THE AUTHOR
Jaki Seroke was born in Alexandra township in 1960. He was part of the South African Students Movement. He became editorial director at Skotaville Publishers. Seroke was jailed in Robben Island and was released with 43 other political prisoners on 27 April 1991. He has a BA in literature and English. He lives in Ekurhuleni.

Zwelethu: Our Land is published by Tafelberg, an imprint of NB Publishers