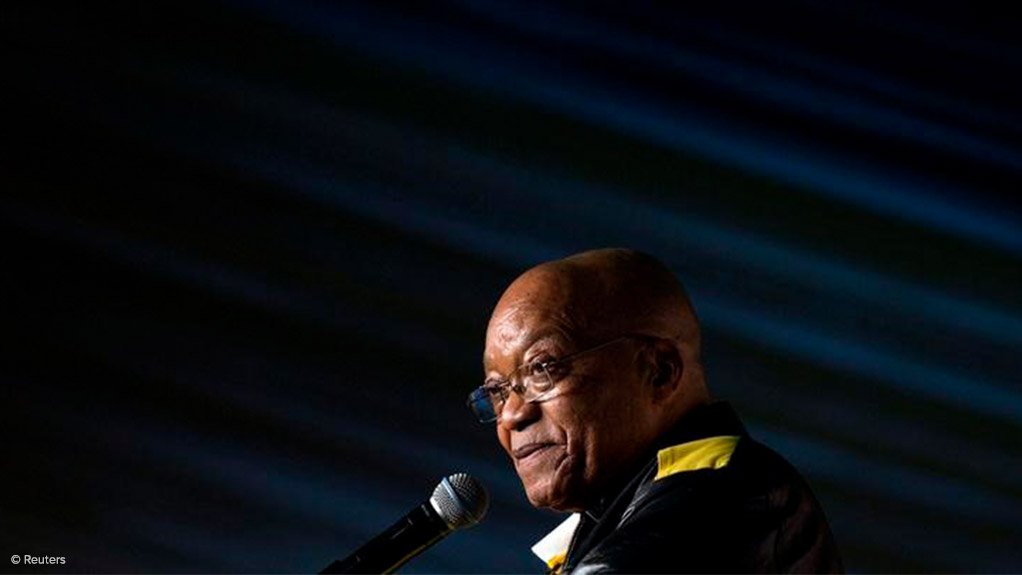 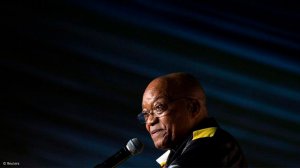 Dear Mr President, His Excellency Matamela Cyril Ramaphosa. I am at my wits' end about the political antics of your fellow cadre, former president Jacob Zuma. I guess I am also suffering from a rare affliction called the Zuma Fatigue Syndrome. It is so bad that I am now a scatter brain; I have already misplaced half of my antidepressants. After this, I promise not to write another Zuma-themed letter any time soon.

What gets my goat, Mr President, is the conduct of some amongst us of using lies in our public political discourse. The use of untruths, lies and spreading fake information is deployed against imagined enemies, mostly our esteemed judiciary and law enforcement agencies.

Perhaps the most egregious example of this habit of seeking political relevance through lies was the media statement from the so-called J.G. Foundation, published online on 22 February. The said statement makes a deliberate lie by claiming that somehow Zuma still has any fighting chance (not in hell) to stop his corruption trial. He knows that the horse has bolted. Yet the statement made "renewed calls that the corruption trial (of uBaba) to be struck off the roll." Truth to be told, Zuma has made no such application before any of our independent courts.

On the contrary, he has spent over a decade, fighting not to have his day in court. All his attempts have led up a blind alley. The National Prosecuting Authority (NPA) has scored against the run of play, and the game is now tilted against Zuma. Advocate Muzi Sikhakhane 0 and Advocate Billy Downer 2. uBaba knows that he has run out of the proverbial road. The only avenue left, it seems, is to tell tall tales. His claim that this week’s sitting of the Pietermaritzburg High Court in the matter of Zuma vs the State was going to be postponed ostensibly because the NPA was not ready is not valid. The date was set for the presiding judge to certify the matter trial-ready in concurrence with the parties.

It was never meant to be a trial. It almost beggars belief how Zuma knew the return date of the 17 May for the start of the trial if, as he suggests, there's a scramble on the side of the State to be "trial ready."

As a writer, Mr President, I have a moral obligation to call out miscreants. It is a writer’s burden to tell the truth even if it puts them and their political interest in a bad light. We, as writers, are the conscience of the nation.

Mr President, before I forget, please declare 17 May this year a paid public holiday. It should be known as Constitutional Day. On this day, in case you haven’t heard, Mr Jacob Gedleyihlekisa Zuma (Msholozi), inkunzi yakwa Dakwa'udunuse, will appear in court for the long-delayed corruption and money laundering trial. Clearly, uBaba has made it in life. He joins a select few amongst the alleged scoundrels to have a date with destiny. Except for him, there's no more wiggle room to manoeuvre. No more strike off the roll applications. No more threats of mounting a permanent stay of prosecution proceedings. Just J.G. vs the State. It's time for the reckoning. What a day it's going to be.

Mr President, let’s not pop the champagne yet. Knowing uBaba, like I do, a possibility exists that he may claim some imaginary conflict of interest with the trial judge. Then we will be back to square one. We can't even guarantee that uBaba will attend, considering that he holds the judiciary in low regard. In a statement he issued this week, boom went the dynamite. He said some judges had "sold their souls" and forsaken their oaths of office to vilify him. He presented not a shred of evidence to back his outlandish claims. As we recall, uBaba is fighting on multiple fronts. He is faced with contempt proceedings from the Zondo Commission of Inquiry into Allegations of State Capture for defying the highest court's order, the Constitutional Court, to appear before Zondo. Our Deputy Chief Justice has thrown down the gauntlet to Zuma: "Testify before me or face 2 years imprisonment." Easy. uBaba spent ten in Robben Island apartheid prison playing chess games while others were upgrading their qualifications. We wait in anticipation for the words "checkmate." Till next week my man. "Send me."

Bhekisisa Mncube is a former senior Witness political journalist, the 2020 regional winner in the Opinion category of the Vodacom Journalist of the Year Award, and author of The Love Diary of a Zulu Boy, a memoir.

Comrade Peter Mayibuye in not only dead, but is long buried: An open letter to comrade Joel Netshitenzhe

On the 3rd September 2017, a digital publication Uncensored Opinion published an editorial piece titled; “Comrade Peter Mayibuye is dead”. The piece argued, amongst others that of late, you were all too fond to commit intellectual crimes. “Netshitenzhe’s impunity knows no bounds. He dares to suggest that in 1962 the SACP mistakenly used WMC as a “common day-to-day usage of the word, rather than as a category of economics or political economy”, the editorial asserted. The editorial piece noted further, “perhaps the time has come finally to admit that our own have been captured to subvert the freedom to expressing black pain. They are determined to slumber our wokeness in order to nurse the wounds of white guilt. They want to kill black consciousness in exchange for white supremacy and arrogance”. →