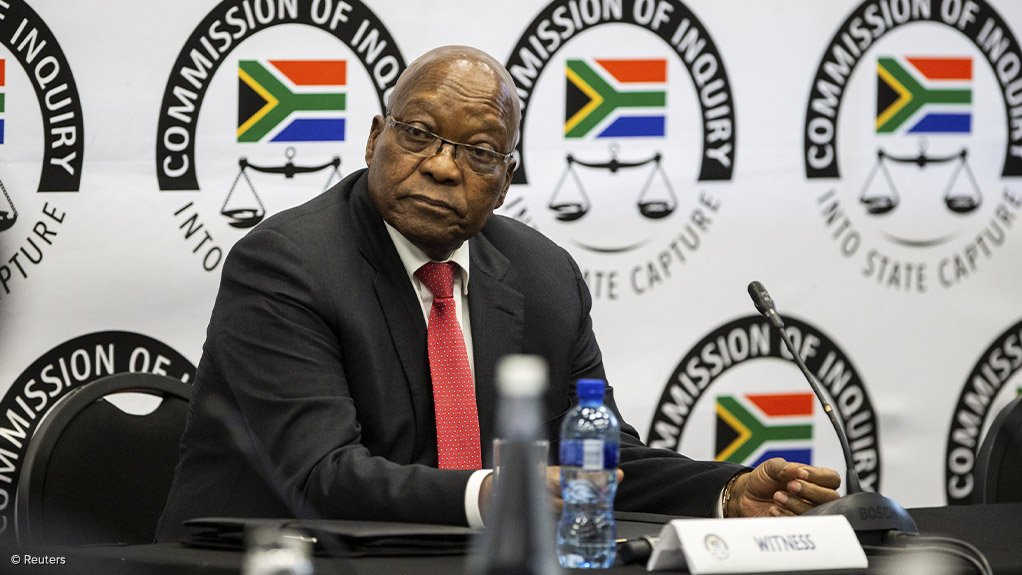 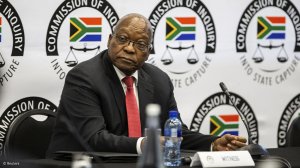 Former president Jacob Zuma’s advocate Muzi Sikhakhane and his legal team are facing a professional misconduct complaint over the "irresponsible and unprofessional" way in which they represented Zuma during his walkout at  the state capture commission of inquiry.

"We wish for your Council to determine whether the legal team of Mr JG Zuma, led by advocate Muzi Sikhakhane, SC was irresponsible and unprofessional in how they advised and represented their client during his most recent appearance at the Zondo Commission of Inquiry," advocate Rod Solomons, from the SA1st Forum, wrote to the Legal Practice Council last week.

"Mr Zuma and his legal team’s walking out of the proceedings of the Zondo Commission, without the approval of its Chairperson caused quite a stir and can be regarded as a direct attack on our criminal justice system. Clearly Mr Zuma could not have engaged in such an action without the advice of his legal team."

According to Solomons, the LPC should consider imposing the "maximum sanction" against Zuma’s lawyers for their alleged misconduct.

Solomons lodged the complaint after Zuma walked out of the inquiry on 19 November, after Deputy Chief Justice Raymond Zondo refused the former president’s application for his recusal. Zuma chose to leave the inquiry after being explicitly told by evidence leader Paul Pretorius that he could not leave without being excused by Zondo.

Zondo later announced that he had instructed the inquiry’s secretary, Professor Itumeleng Mosala, to lay criminal charges against Zuma for this apparent act of contempt

"His (Zuma’s) conduct may send a message to all other witnesses who may not be comfortable to come and answer questions that it is the right thing to do for a witness summoned to excuse himself, for witnesses to come and go as they please before the Commission," Zondo stated.

Solomons, however, maintains that "the conduct of the legal team that is of a bigger concern as they are after all officers of the court and should have been aware that a witness summonsed to appear cannot just leave without the express approval of the presiding officer".

"If the Zuma legal team is allowed to get away with such antics, other legal practitioners may start thinking that it is okay to act in that fashion when they must appear before a judicial commission of inquiry or such body. People will have no confidence in and respect for our legal system.

"Mr Zuma’s legal team, with him in tow or at the head, treated the Commission and no less a person than the Deputy Chief Justice of the Republic of South Africa with the utmost disrespect with their antics of leaving the Commission in the way they did," he added.

Sikhakhane has declined to comment on the complaint lodged by Solomons with both the Johannesburg Bar Council and the LPC.

Zuma’s legal team have previously indicated that they will seek to review Zondo’s refusal to recuse himself in the High Court and will also lodge a misconduct complaint about Zondo at the Judicial Service Commission. They argue that he presided over a matter in which he was personally involved, because he disputed Zuma’s claims that he and the former president had a "close personal relationship".

Neither the case nor the complaint have been filed yet.