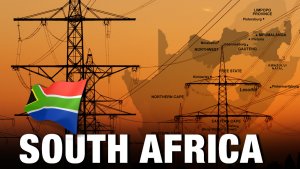 The National Energy Crisis Committee (NECOM) has released a six-month progress update on implementation of the Energy Action Plan.

This update follows a period of loadshedding which was escalated to stage 6 due to a high number of breakdowns across Eskom’s generation fleet.

The declining Energy Availability Factor of Eskom’s fleet reflects the cumulative impact of historical underinvestment in maintenance and assets, exacerbated by flaws in the design of new power stations in the last decade.

To respond to the severe impact of loadshedding on households, small businesses and the economy as a whole, President Cyril Ramaphosa announced a range of measures in July 2022 to improve the performance of existing power stations and add new generation capacity as quickly as possible.

The Energy Action Plan was developed through extensive consultation and endorsed by energy experts as providing the best and fastest path towards energy security.

The NECOM has since been established to coordinate government’s response and ensure swift implementation of the plan.

During the past week, the President has convened the NECOM in order to accelerate government’s efforts to reduce load shedding. He has also engaged with a wide range of stakeholders, including political parties, labour unions, business associations, community groups, interfaith leaders, traditional leaders, premiers and mayors to ensure a collective response to this national challenge.

Report by the Presidency

Scenarios for the energy transition: Experience and good practices in Africa

African nations use long-term scenarios and energy planning tools to inform national planning. When the right institutional framework is in place, countries can assess alternative pathways to ensure energy access for all, mainstream the use of large- and small-scale renewables, and advance toward a just and sustainable energy system, while building consensus on the desired energy future.   This report summarises the presentations and discussions held at the webinar series entitled: Long-Term Energy Scenarios (LTES) for Developing National Energy Transition Plans in Africa. It presents key findings and recommendations that are broadly relevant to African countries, as well as to stakeholders attempting to improve their planning processes across the world. →