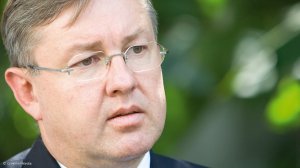 Tourism is a vital contributor to the South African economy, contributing more to gross domestic product (GDP) than, for instance, the automotive industry and sustaining more direct and indirect jobs than the mining industry, Tourism Minister Marthinus van Schalkwyk said on Tuesday.

Speaking at a breakfast hosted by the South African Chamber of Commerce and Industry in Johannesburg, he said that, in 2011, tourism's direct contribution to GDP increased to R84-billion, with the combined direct and indirect contribution making up 9% of the GDP.

“This contribution is larger than that of some other significant sectors, such as the automotive manufacturing sector,” Van Schalkwyk said.

Tourism directly and indirectly sustained 9% of employment in the country, which amounted to one in every 11 jobs and, therefore, the sector supported more jobs than the mining and automotive sectors.

But Van Schalkwyk said that domestic tourism required more attention, as it was a key component of South Africa’s journey going forward.

“At any given moment, three-quarters of all tourists in South Africa are South Africans, with domestic tourists having contributed R101-billion to the economy in 2011.”

He added that, as some of the non-travelling South Africans have indicated that they could not afford to travel or were not aware of accessible offerings, the sector had to work harder to address these information and cost barriers.

“To this end, we will be launching a new marketing campaign next month targeted at a broad cross-section of the South African population. The campaign will build on the existing domestic tourism campaign’s Sho’t Left theme, and will be aimed at market segments with cropped-up demand and high travel propensity,” Van Schalkwyk said.

Meanwhile, South Africa also had to build an upstream reservoir of future tourists, and the country had to deliver on the promise of tourism to lower-income households.

“Through a partnership with the Industrial Development Corporation we have commissioned a feasibility study for a pilot budget resort chain aimed at an underserved market segment of would-be travellers earning less than R5 000 a month.

“We have also commissioned an audit of underused State assets and properties that could be developed into tourist attractions and facilities,” he said.

“A decade ago, arrivals to South Africa were too dependent on a few large markets. The mix of arrivals has to be less dependent on volatile and maturing markets, while increasing our share in high-value emerging markets,” he said, adding that this was the reason for the department continuously rebalancing its portfolio in response to global market shifts.

“In our international market segmentation we recognise that a tectonic shift is under way as economic and political power is moving from the North to the South and from the West to the East.”

The Minister added that while the established markets would remain critical for years to come, the changing contours of wealth and power in the world could not be ignored.

It was expected that within two years inbound tourism to emerging-market destinations would exceed that of the advanced economies.

The shift from established to emerging markets was prominently reflected in the portfolio of South African tourism. The country had invested ahead of return in some of these emerging markets and those were now delivering a much greater share of the industry’s income.

In 2012, particularly strong growth was recorded from the Asian market, which saw an increase of 34% in arrivals, and in the Central and South American market which saw a 37% increase.

“We should still do much more to market ourselves as an emerging economy to established markets, but also to other emerging markets, such as China, that are becoming significant tourism spenders,” Van Schalkwyk added.

Referring to global air traffic, he pointed out that there was major potential for the development of a South-South corridor that would reflect contemporary trade and other economic realities.

“We believe that the OR Tambo International Airport in Johannesburg is ideally positioned to be a major hub on such a corridor, for passengers to travel, for example, from South America to India,” he concluded.