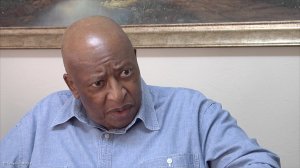 The Great Farini would stride on to the stage and announce, ‘Ladies and gentlemen, and now for the highlight of the day, the ferocious Zulus.’

The impresario Farini introduced Em-Pee and his troupe to his kind of show business, and now they must earn their bread. In 1885 in a bustling New York City, they are the performers who know the true Zulu dances, while all around them fraudsters perform silly jigs.

Reports on the Anglo-Zulu War portrayed King Cetshwayo as infamous, and audiences in London and New York flock to see his kin. What the gawking spectators don’t know is that Em-Pee once carried nothing but his spear and shield, when he had to flee his king.

But amid the city’s squalid vaudeville acts appears a vision that leaves Em-Pee breathless: in a cage in Madison Square Park is Acol, a Dinka princess on display. For Em-Pee, it is love at first sight, though Acol is not free to love anyone back.

Zakes Mda is the author of the novels Ways of Dying and The Heart of Redness, among many others. He was born in the Eastern Cape, but spent his early childhood in Soweto, finishing his school education in Lesotho. He is a prolific writer of novels, plays, poems and articles for academic journals and newspapers, and his writing has been translated into twenty languages. His creative work also includes painting, and theatre and film productions. Mda, whose forebears were exiled from Qumbu to Lesotho after the assassination of Hamilton Hope, is a recipient of South Africa’s Order of Ikhamanga. He is based in Athens, Ohio, where he spends his time writing and teaching.