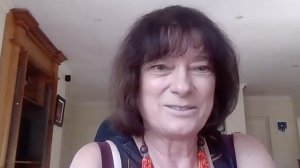 Written by Evelyn Groenink, the bestselling author of Incorruptible: The Story of the Murders of Dulcie September, Anton Lubowski and Chris Hani, The Unlikely Mr Rogue: A Life with Ivan Pillay is the story of the quiet man behind the so-called ‘rogue unit’ at SARS.

The much acclaimed revenue service became a lightning rod for take-downs and shake-downs during the Jacob Zuma years. This book takes the reader on a journey from Ivan’s growing up in Merebank, KwaZulu-Natal, to his politicisation, the underground and exile, and the story of Operation Vula, which Ivan Pillay ran from Lusaka, reporting to Oliver Tambo.

In some ways the transformation of SARS after 1994 followed naturally from the struggle for freedom and social justice in South Africa. And this higher purpose that many of the SARS staffers felt, of providing the money to reduce inequality in the state, was a daily mantra for Gordhan, Pillay and others.

Groenink tells of the early 1990s in Lusaka, of their falling in love, of the insecurity in coming back to the country, and the times when Ivan was in charge of stationery on the twelfth floor of Shell House.

It’s the story of a good man, an unlikely man, a quiet man, determined to use SARS to fund the post-liberation nation-building, and his downfall at the hands of those carrying out the state capture agenda.

The Unlikely Mr Rogue: A Life with Ivan Pillay is published by Jacana Media