The Price and Prize of Greatness – Putco Mafani

The Price and Prize of Greatness – Putco Mafani 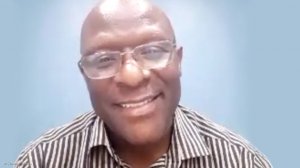 From humble beginnings in Bhofolo in the Eastern Cape, Putco Mafani has become a household name in South Africa. A medical condition persisting into his early teens nearly broke Putco’s spirit, but an inner fire drove him to take on the harsh outside world.

He overcame not only poverty, but solitary confinement, tribalism, being doubted, a traumatic divorce, and unemployment. Had he not risen above, he would not have come to know, as he writes, ‘the price and prize of greatness’.

A former deputy principal, Putco started his radio career at the then Radio Ciskei, going on to Umhlobo Wenene FM, where he anchored the biggest breakfast show in the country. He was also Kaizer Chiefs PRO. This is an inspirational, authentically South African story.

‘A great book narrated in the true spirit of bilingualism.’ – Xolisa Guzula, Language and literacy lecturer

Putco Mafani is one of South Africa's best known broadcasters. He conceived of and hosted the BEE – iBreakfast Eyondlayo Ekuseni – show on uMhlobo Wenene, building up a listenership of 3.1 million by the time he left. After his success as Kaizer Chiefs' PRO, he is now a sought-after public speaker and MC. He lives in East London and Centurion.

The Price and Prize of Greatness is published by NB Publishers