The people have spoken – Aubrey Matshiqi

The people have spoken – Aubrey Matshiqi 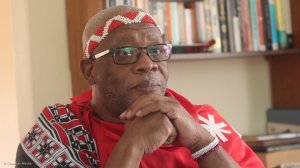 In 2004, when the country was celebrating ten years of democracy, the ANC reached its peak in electoral support when it garnered 69.69% of the national vote (279 seats in the National Assembly). In the 2009 elections, it won just over 65% of electoral support at national level (264 seats), and, in the 2014 general election, it garnered 62% of the vote. In the May 8 national and provincial elections, support for the ruling party declined even further – to 57.5%.

In other words, the downward trend in support for the ANC is holding. What this shows is that the liberation movement model no longer holds for the ANC. What we have been seeing since 2009 is the decoupling of interests between ‘the people’ and the ANC. Clearly, the people have a sense of agency they are prepared to activate to the detriment, and at the expense, of the ANC. In short, the ANC may still be of the view that ‘the people’ are the key motive force of the revolution, but the people are prepared to exercise free and independent political will. Put differently, ‘the people’ are not naive. Their electoral choices are shaped by their lived reality, material conditions and socioeconomic reality.

Since words are not always what they describe, the gap between what is promised, on the one hand, and what the ANC government actually delivers, on the other, is not lost on voters, including those who are part of the ANC’s traditional support base. Also, what the 2019 results show is the fact that the low levels of substantive uncertainty that were such a dominant part of our political reality for the first 15 years of our democracy are behind us. They are behind us precisely because ANC supporters are becoming more and more pragmatic, tactical and transactional in how they use their three votes at national, provincial and local level. This is evidenced by how Gauteng voters chose to give the ANC more support at national level than they did in Gauteng. They split their votes between the different spheres because they are no longer prepared to give the ANC a blank cheque.

That said, things could have been much worse, especially in Gauteng, where the ANC crossed the 50% mark by the skin of its teeth, given the fact that the antipathy towards the ruling party and the trust deficit between citizens and those who govern had reached unprecedented levels since the advent of democracy in 1994.

Is it President Cyril Ramaphosa who saved the ANC? His detractors will minimise the impact of the Ramaphosa factor. On the other hand, his supporters and disciples are already exaggerating its impact. I am of the view that the ANC exceeded its electoral potential because Ramaphosa is not Jacob Zuma. That said, we must not forget that political reality is created by both the truth and lies. Further, there are times in politics when lies have longer legs than a super model’s.

Long legs aside, who were the losers and winners of the 2019 general election? Without any shadow of doubt, Democratic Alliance (DA) leader Mmusi Maimane is the biggest loser of the 2019 elections. Because the DA tried to have its multiracial cake and eat it by eating with both sides of its mouth on issues such as black economic empowerment and the expropriation of land without compensation, it managed to alienate both black and white voters. The Freedom Front Plus benefited quite handsomely from this strategic confusion, dishonesty, duplicity and arrogance. The Economic Freedom Fighters (EFF), on the other hand, did very well to garner 10% of the vote nationally but I thought it would do better in Limpopo and the North West. The gains that were made by the Freedom Front Plus should concern us all. They suggest that the nonracialism project, Rainbowism and reconciliation exist more in the realm of aspiration than in reality.

Municipalities can play a key role in South Africa’s economic development. Here’s how

Local economic development and better municipal service delivery are vital if South Africa wants to broaden economic participation and reverse its unemployment trend. To achieve these objectives, it is necessary to strengthen municipal finances and investment. Good municipal governance is a prerequisite. Intermediate city municipalities have an important role to play, because urban development is critical for growth and investment. It may also reduce the pressure caused by urbanisation to metros. →