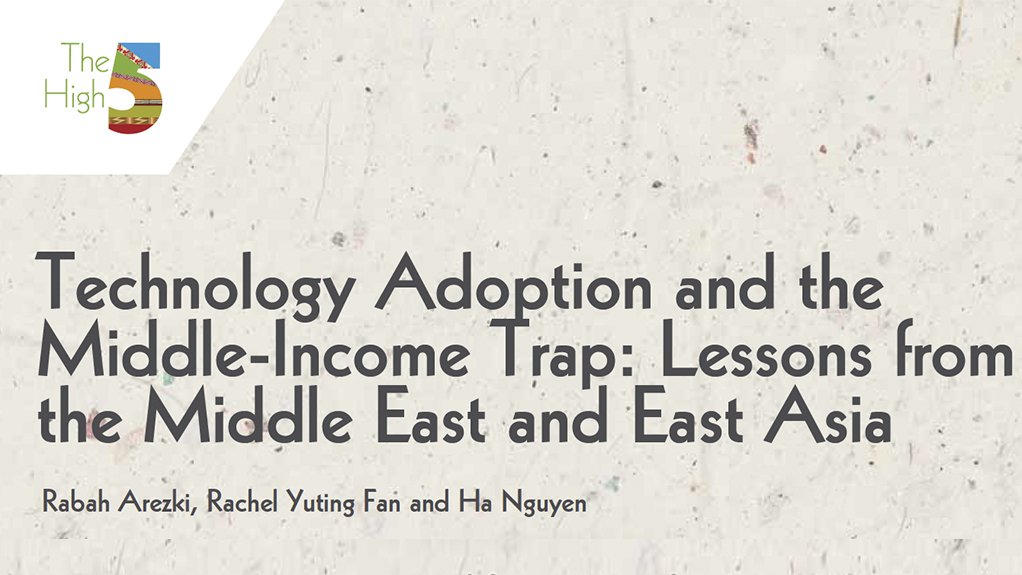 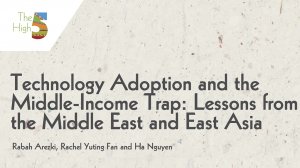 This paper documents the existence of a “middle-income trap” for the Middle East and North Africa region and contrasts the evidence with that of the East Asia and Pacific region.

The results are two-folds. First, non-parametric regressions show that the average rate of economic growth in the Middle East and North Africa has not only been significantly lower than that in the East Asia and Pacific region, but it has also tended to drop at an earlier level of income. Second, econometric results point to Middle East and North Africa having experienced a relatively slow pace of technology adoption in general-purpose technologies and that a slower adoption pace of technology is associated with significant lower economic growth.

The paper concludes that barriers to the adoption of general-purpose technologies related to the lack of contestability in key sectors constitute an important channel of transmission for the middle-income trap.