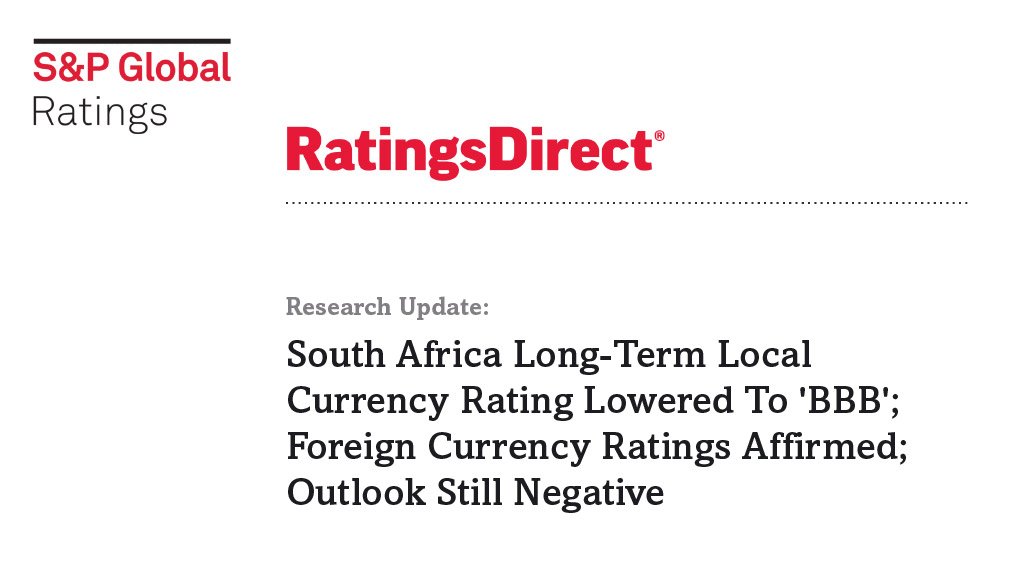 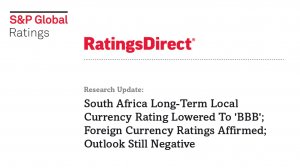 South Africa continues to depend on resident and nonresident purchases of rand denominated local currency debt to finance its fiscal and external deficits. Its financing needs have risen beyond our previous expectations, with general
government debt set to increase by an average of 4.9% of GDP over 2016-2018, to reach gross debt of 54% of GDP in 2019. The proportion of rand in global foreign exchange turnover has also declined to just below 1% on average over the past three years.

We are therefore lowering our long-term local currency rating on South Africa to 'BBB'. We are affirming all other ratings.
The negative outlook reflects the potentially adverse consequences of persistently low GDP growth for the public balance sheet.