South Africa in crisis: how we get out of it 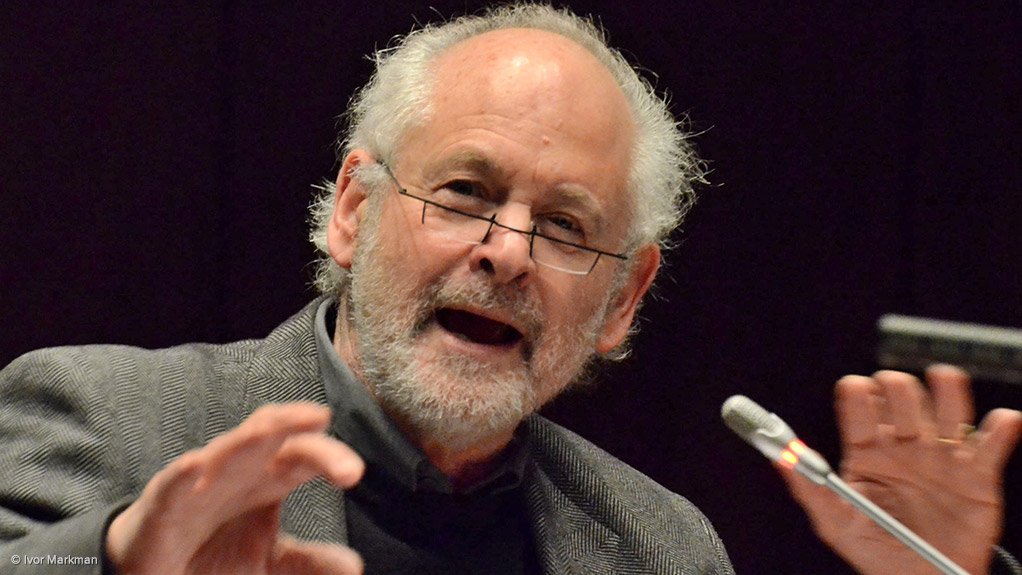 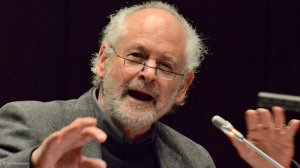 In 1992, the ANC produced a booklet, Ready to Govern, an outline of its policy programme to transform South Africa from a society of deep structural inequality to a human rights-based democracy. The booklet systematically addressed the legacies of deprivation and oppression.

Without doubt, the ANC did not fully understand the challenges and constraints of rebuilding a society like South Africa. It could not. What it sought to do had never been done before. No-one knew the extent of the damage caused by apartheid and what it would take to undo that.

There was powerful symbolism in the initial provision of electricity and water. For many rural communities their only encounter with electricity had been to see the wires passing above their villages from one white town to the next. Using the telephone meant travelling to the nearest white town to use a public booth. Fetching water meant women trudging on long walks to collect it from the rivers. In the first years of democracy many lives changed, as many people were able, for the first time, to use electric irons, have water nearby and use telephones in their homes.

Even when the new government failed to deliver adequately on its promises there was, initially, a reserve of trust and respect that could be drawn on in order to understand the constraints that were faced. This existed because of the sense that people had of the integrity of the leadership and people’s understanding that these men and women served them very well until then.

That has changed. The powerful connection between respected leaders and a loyal constituency has been ruptured. There is a sense that leaders can no longer be trusted, for they have generally shown themselves to be acting in their own interests, even illegally and at the expense of the poor.

The atmosphere at the moment is one where it is hard to have confidence in the leadership and therefore, what they have in store for South Africa. There are very few who have confidence and even then it is heavily qualified. As we leave our homes there is a fear of violence and crime and a lack of trust in those who are supposedly out there to protect us, but may instead solicit bribes or commit other crimes against us.

Groceries prices are inflated, sometimes almost double that of five to six years ago, the average weekly household purchases costing a lot more than before and earnings seldom rising to cover this. That is for those who can still afford to pay for groceries, in a country with some 40% actually unemployed and often, sharing one person’s social grant or a pension. At the same time, one executive, Whitey Basson of Shoprite was reported to have earned R100-million in 2015. It is calculated that it would take one Checkers worker 290 years to earn that amount. (http://www.groundup.news/article/checkers-worker-would-take-291-years-earn-what-her-boss-was-paid-month/)

Not even the ANC or government can or tries anymore to “talk up” the prospects for South Africa. South Africa faces downgrades, incoherence in government leading to failure to develop policies or implement programmes it committed to.

According to figures quoted by Sipho Pityana, there has been almost 26 billion rand in irregular expenditure at various levels of government in the last financial year alone. Approximately 72% of government departments and state owned enterprises are non-compliant with supply chain management standards.

There is little sense of the need to be accountable. It is astonishing not simply that Hlaudi Motsoeneng – whose appointment was found by the courts to be irrational and illegal – is still at the SABC, but that there is such audacity and contempt for the public that he allegedly received a bonus of R10-11million in the week after the judgment. It was reported to be only part of what was “due to him”, by whatever system these payments are decided on.

The board appointed to monitor compliance with regulations had approved all of this. It appears that many of these decisions may have entailed further illegality insofar as they may have been made by only part of the board, which is currently in the process of being dissolved.

What we have is a culture of impunity for those who act irregularly in order to enrich themselves, provided they enjoy the protection of and offer loyalty to the president.

There is a paradox. By most accounts the controversies surrounding President Zuma – violating the constitution, alleged corruption, consorting with allegedly corrupt people, benefiting from these associations as have his family – have all had a bearing on the electoral setback that the ANC suffered in the recent local government elections.

In consequence, President Zuma’s level of political support has diminished, but it has not weakened his resolve to ensure that, as long as he remains in office, the processes of irregularity continue. Consider his insistence on the reappointment of Dudu Myeni to chair SAA, and the fact that she chairs or is about to chair other state bodies in various provinces. It is also seen in the arrogant conduct of many officials, including Brian Molefe, CEO of Eskom and Minister of Energy, Tina Joemat-Pettersson, who is linked to a string of irregularities.

Those whose actions have been exposed as irregular or illegal or personally enriching do not see public exposure as a barrier to further plundering. Nor is there any sense of a need to compensate. Wasteful expenditure on court cases is another way that Zuma and others are burdening the fiscus to a substantial extent through pursuing appeals, at state expense, where there is little chance of success.

Even though weakened in the eyes of the public, through the polls and within the ANC, Zuma and his allies are still on the attack against those who are exposing what they do or defending state institutions from plunder. Thus we have Sars, the Hawks and NPA focusing on specific targets that are obstacles to the plundering project like Pravin Gordhan and other figures previously in leadership in Sars. At the same time they place little weight or ignore other alleged irregularities as with the cash payments of R1.2-million made in apparently suspicious circumstances to Jonas Makwakwa, effectively second-in-command at Sars.

The most striking and obvious sense of crisis, then, is a crisis of legality that feeds into a sense of readiness to plunder, for the perpetrators seldom face consequences. No-one places any weight on calls for zero tolerance of corruption when the plunderer-in-chief, Jacob Zuma, makes such a call.

The crisis of legality and state incoherence feeds into the crisis of confidence that investors and much of South African capital has in the country’s economy and the constant potential of a downgrade to junk status. This is in an economy whose growth rate is far below the increase in population and already makes no impact on the level of unemployment, notably very high amongst the youth.

The current growth path continues the dominance of the mineral and energy complex together with the massive growth of the financial sector. There is little diversification of the economy, massive capital flight, local de-industrialisation and large-scale household debt.

The crisis of legality is part of a wider process of governance and that of the ANC, which while being the dominant party in South Africa, is losing its internal coherence and electoral support.

There is a real chance of the ANC falling below 50% in the 2019 election. It knows that this is linked to the leadership of Zuma but it cannot agree on a process of removing him. This is because the lessons drawn from this prospect of defeat are not to cleanse the organisation but to find ways of defending the processes of private accumulation and protecting wrongdoers, including Zuma himself from future prosecution. Hence, the attempt to find a replacement who will protect Zuma and the lack of support for Ramaphosa, who is seen as less reliable for this task.

This must be understood in the context of the ANC as an organisation no longer being the bearer of a vision that can attract people’s sense of idealism. Instead it is devoted to securing economic benefits on the basis of relationships of patronage.

This mode of functioning has led to assassinations within the ANC, unrelated to ideology (as is the case of much of the current ANC identity). That does not mean that there are no discussions of the meaning of the Freedom Charter or similar traditional issues of debate – but they are not the issues over which individuals battle with one another, in some cases with gunfire.

The crisis of the ANC and the crisis of the South African state are connected, for a rights-based constitution and legal system (unlike the rights-denying one of apartheid) is being undermined in order to benefit a few ANC cadres and leaders. In order to remedy this situation it will not do to simply replace one “faction” with another.

Something more fundamental is required and it needs to be done from outside the ANC. For some the answer is simple: vote in the DA. And the DA is mounting a substantial campaign to force the ANC below 50% in 2019.

There are many (and I am one) who remain sceptical of the DA’s commitment to eradicating inequality. The language of efficiency, meritocracy and similar phrases may lend themselves to cleaner government than we have seen from the ANC, or so it appears. But this orientation remains embedded within an ethos that is unsympathetic to the poor.

If we speak of change being initiated from outside the ANC, that is not to say that those who still believe in the regeneration of the ANC can play no part in the rebuilding of democracy in South Africa. There are very many honest people remaining in the ANC, who can be drawn into a process of cleansing and rebuilding.

One cannot predict what can happen. It would be good, however, if people who value democracy and constitutionalism and have the interests of the country at heart would try to find one another in new formations. There needs to be more than periodic statements and demonstrations, but an organised force committed to the wellbeing of all and, in particular, those who have not derived significant benefits from post-apartheid South Africa.

That need not be a political party right now, but a platform under which a range of people could unite to restore the integrity of the democratic and transformational project.

Raymond Suttner is a scholar and political analyst. He is a former political prisoner for activities in the ANC-led liberation struggle. Currently he is a Part-time Professor attached to Rhodes University and an Emeritus Professor at UNISA. His most recent book is Recovering Democracy in South Africa (Jacana and Lynne Rienner, 2015). He blogs at raymondsuttner.com and his twitter handle is @raymondsuttner