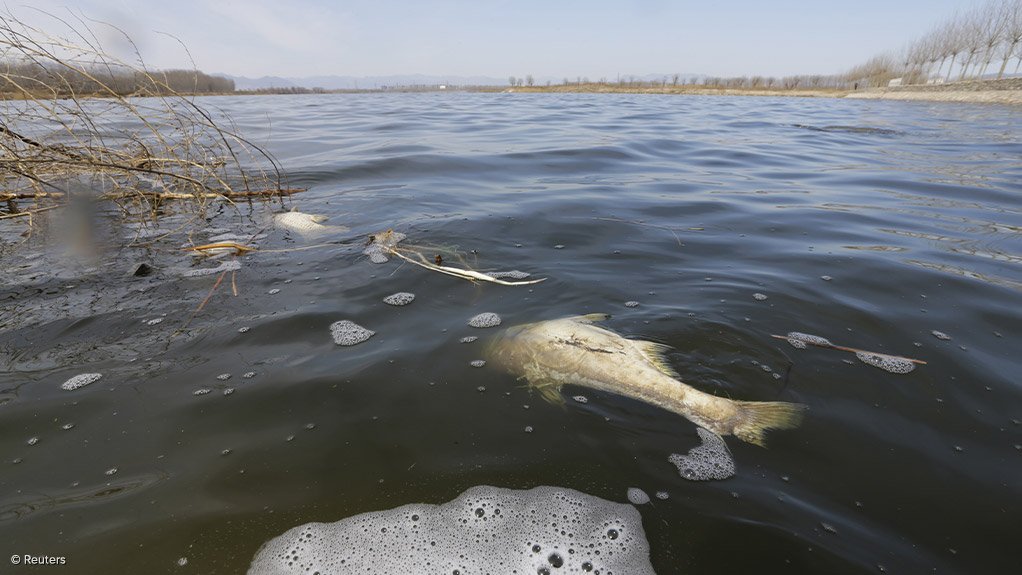 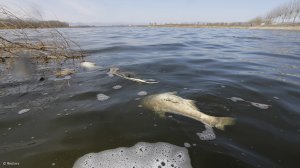 The South African Human Rights Commission (SAHRC) warns that the Vaal river, "Gauteng's most vital water resource", may have been irreparably damaged and recommends that the Emfuleni municipality be placed under administration and that public servants, municipal administrators and staff who failed to comply with their obligations be disciplined or dismissed.

The SAHRC confirmed on February 17 that sewage pollution in the Vaal river was negatively impacting on human rights and that existing regulatory and legal mechanisms have proven ineffective in dealing with the challenges.

Speaking at a virtual briefing to discuss the findings of an investigation into the impact of pollution on citizens, SAHRC Gauteng manager Buang Jones said the SAHRC had, in September 2018, found evidence of raw sewage entering rivers, residences, schools and roads in Emfuleni. This negatively affects the health of people, children, livestock and flora and fauna.

In a hard-hitting final report on the outcomes of the investigation, the SAHRC notifies national, provincial and local government that the consequences of the pollution could result in a string of legitimate civil claims against the Department of Water and Sanitation (DWS) for damages as provided for in the National Water Act (NWA), says SAHRC commissioner Jonas Sibanyoni.

It recommends a range of interventions to address the violation of human rights of health, dignity, freedom and security, environment, property, children and just administrative action caused by the sewage pollution.

It also recommends an immediate intervention by national government departments and experienced wastewater management specialists to develop and cost a plan to limit the flow of sewage into the streets and peoples' homes.

"In the absence of timely and effective response from the multiple spheres of government, Gauteng’s most vital water resource may very well have been irreparably damaged," the report warns.

Further, the report recommends that the DWS reintroduce the Blue and Green Drop programmes to improve transparency and ensure a quality measuring system to avoid a repeat of violations of human rights as a result of the pollution. It also recommends that the DWS work with the Department of Environment, Forestry and Fisheries (DEFF) and enlist the help of DEFF inspectors to investigate offences related to water and sanitation as these are likely to result in, or have resulted in, environmental damage.

Poor compliance resulted in the situation observed by the SAHRC, of streets and homes of persons within the municipality, the Vaal and Rietspruit being polluted with sewage, the commission said.

"The information presented in this report demonstrates further the level to which degeneration must occur within a local municipality before a firm intervention is made at much cost to the public and the State," the report notes.

The final report, its findings and recommendations are relevant throughout South Africa, as many of the municipalities designated as water service authorities face similar problems, including a lack of technical capacity and funding, failure to comply with court orders and minimum duty obligations, a failure of accountability and mechanisms to effect the delivery of water and sanitation in line with human rights.

NATIONAL CHALLENGE
During a separate webinar after the launch of the SAHRC report, Water Research Commission CEO Dhesigen Naidoo highlighted that, of the 144 municipalities designated as water service authorities, national benchmarking surveys conducted with the South African Local Government Association found that 57 were classified by the Department of Cooperative Governance and Traditional Affairs as vulnerable or dysfunctional in the domain of water management.

Further, 72% of these 144 municipalities do not have the capabilities to perform their functions, and 77% of the 144 are not assigning 8% of their budgets to infrastructure maintenance. Additionally, 98% of the municipalities designated as water service authorities, including those perceived to be performing better, do not have maintenance schedules, he detailed.

"The issue is that these structures are invested with authority without necessary support and capacity, and that the regulations are in place but the challenge is whether they are enforced and how to most effectively do so," summarises Naidoo.

The SAHRC's 'Vaal River Inquiry' recommendations directly address some of the core challenges, including that the "contents of the final report lends itself to a conclusion of extensive noncompliance at all spheres of government with legal frameworks that seek to protect water resources and to regulate water and sanitation services."

It highlights that public servants and municipal staff responsibilities set out in the Public Service Act and Municipal Systems Act are "minimum duty obligations to render services to the public in an effective, efficient and economically cost-effective manner".

The SAHRC recommends that all municipal and public servants be trained on their constitutional and legislative obligations, either by the National School of Government or by experienced administrative law academics or practitioners.

"In the absence of stringent consequence management, the public purse is impacted and constitutional duties flouted while people continue to live in deteriorating conditions," Sibanyoni emphasises.

"Effective performance management requires vigilance over the quality of delivery and development to build and strengthen the public service. Performance management also requires that municipal staff who do not give effect to their obligations experience the consequences of repeated poor delivery such as dismissal if warranted."

"Out of desperation of the sewage problem and ignored court orders issued in the interest of environmental pressure group Save the Vaal Environment and the community of the Vaal directing the municipality to do its job, the commission recommends and implores national, provincial and local government to take active steps to know and understand all of its constitutional and legislative obligations and to comply and implement them as is the duty of any public servant or municipal administrator," the first recommendation says.

Security forces fanned out across a wide swathe of central Khartoum on Thursday, a Reuters reporter witnessed, as police attempted to block the latest protests against military rule in seven months. Thousands of protesters, the most seen in about two months, the reporter said, marched towards the presidential palace in downtown Khartoum demonstrating for civilian leadership and against an October 25 military coup. "We will continue until the end," said Abdallah Mohamed, a 28-year-old protester. "Either we die or we win civilian rule. Our only hope for life is to achieve democracy." →