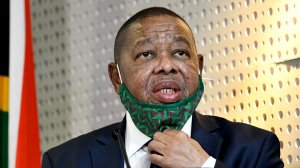 The South African Democratic Teachers’ Union in KwaZulu Natal welcomes the decision of the Minister of Higher Education and Training Dr Blade Nzimande for terminating the contract of Mr Ndoda Biyela who is an Administrator at Coastal College. This decision follows an outcry by workers in the College who painfully witnessed the college deteriorating because of the Administrator who lacked vision.

The decision by the Minister follows a statement publicly issued by SADTU in the first week of August 2022, and meetings the union had with the Director General. In all these meetings and statement, we called for the termination of his contract with immediate effect.

Whilst SADTU welcomes the Minister’s decisions it is however disappointing to see that the Minister is still allowing Mr Biyela at least another two weeks to hold to the helm of the College.

SADTU believes that there is lot of damage that can still be done within these two weeks. It is even worse when a person knows that he is already removed. As such SADTU demands that the DHET must continue with the forensic investigation on how the Coastal College monies evaporated since the period Mr Biyela assumed his responsibilities as the Administrator to his last day at the College which will be the end of August 2022.

The South African Democratic Teachers’ Union is ready to make a submission before the investigating panel appointed by DHET. All this is to ensure that Coastal College is brought to its normalcy and be an institution where workers are freely doing their work in an environment that is well resourced.

In a DA parliamentary reply, the Western Cape Education Department (WCED) revealed that they would be supplying 179 schools with mobile suites of technology this financial year at a cost of approximately R18.5 million. As such, I will be submitting follow-up questions to ascertain more details regarding this programme and the schools that are benefitting from it. →