SA: Naledi Pandor: Address by Minister of International Relations, on the occasion of the virtual meeting on violence and harassment in the the world of work (30/11/2020)

SA: Naledi Pandor: Address by Minister of International Relations, on the occasion of the virtual meeting on violence and harassment in the the world of work (30/11/2020) 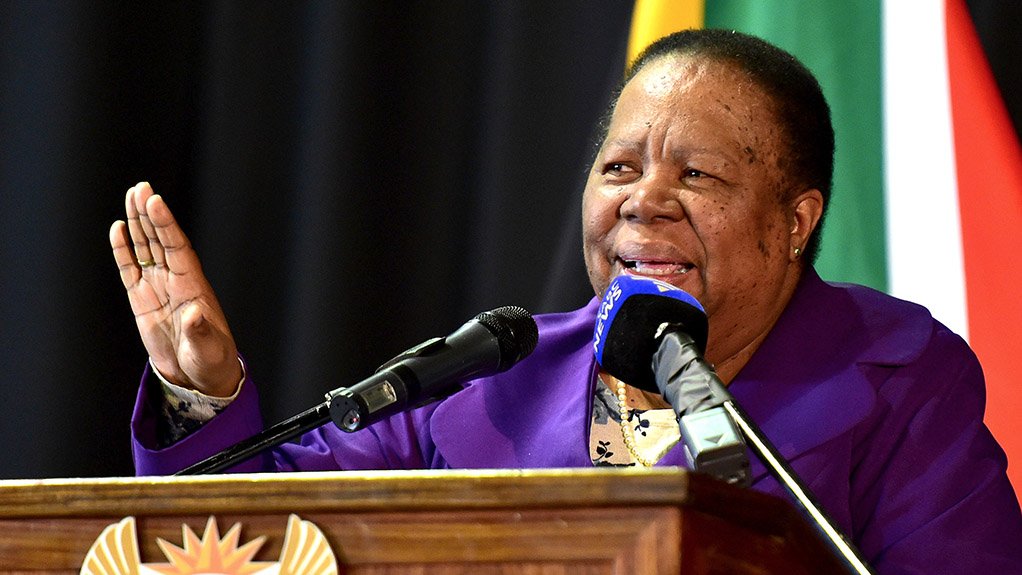 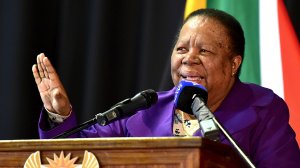 I am pleased to participate in this Webinar focusing on violence and harassment in the world of work.  Violence and harassment in the world of work deprive employees of their dignity and is a gross violation of human rights.  It remains a widespread phenomenon in the public as well as in the private sector.  One of the key high-level actions that the President Ramaphosa identified in his AU Chairship Gender Agenda was the need to combat GBV as a barrier to development and gender equality.

This year South Africa observes the 16 Days of Activism for No Violence against Women and Children campaign under the theme: “Economic Justice for a Non-Violent and Non-Sexist South Africa”.  This theme signals our belief that women’s economic empowerment is integral to the achievement of gender equality and the eradication of Gender Based Violence and Femicide (GBV&F).

This year, 16 Days of activism for no Violence against Women and Children takes place alongside the global battle against the COVID-19 pandemic.  The outbreak of COVID-19 has ushered in an unprecedented health, social and economic crisis, that continues to have a profound impact on the lives of all in Africa, and very specific impacts on women.  It has simultaneously ushered in new challenges in the world of work. In the context of lockdowns, it has reshaped where work happens expanding where violence can take place in both the formal and informal economies.

The pandemic has, exacerbated harmful gender stereotypes which coupled with financial challenges and unemployment have been contributory factors to increased levels of gender-based violence.

In the context of many working from home and using ICT, this has also increased the potential of cyber bullying.  In the context of our continent wherein women constitute the majority of the informal sector, it has had a significant impact on livelihoods.  We have read, heard and seen the increasing violence targeted at women in their homes during a time when homes were supposed to be places of safety under lockdown.  This led to President Ramaphosa recognizing the devastating increase in violence and femicide perpetuated against women and children and declaring it a national pandemic that is ravaging the South African society.

The Workplace is not immune from gender based violence and harassment.  The Report on the Status of Women in South Africa released by the International Women’s Forum - South Africa (2011) notes that women leave their jobs as a result of violence and harassment in the workplace or as a result of being abused by their partners. Sometimes they are forced to leave certain environments to escape abuse or run away from an abusive relationship or an abusive working environment.  This year the global community celebrates the 25th Anniversary of the Beijing Declaration and Platform for Action which is a blueprint for achieving gender equality and women’s empowerment. The Beijing Declaration states that:

“The experience of sexual harassment is an affront to a worker’s dignity and prevents women from making a contribution commensurate with their abilities”. To address this, the Declaration calls on “Governments, employers, trade unions, community and youth organizations and non-governmental organizations to take action, as appropriate, to develop programmes and procedures to eliminate sexual harassment and other forms of violence against women in all educational institutions, workplaces and elsewhere.”

It is also important to note that 16 Days of Activism this year takes place under the umbrella of the UN global campaign of Generation Equality.  This provides an opportune time for South Africa to vigorously drive ratification and implementation of the International Labour Organization Convention No. 190 (ILO C190) and Recommendation No. 206.  This Convention recognizes the right of everyone to a world free from violence and harassment, including gender based violence.

It recommends that national governments adopt laws, regulations and policies to ensure equality and non-discrimination in the work place including workplace policies on violence and harassment.  It also includes how intimate-partner violence affects women’s employment and employability, productivity, health and safety. On 20thAugust 2020 Minister of Labour and Employment published the Draft Code of Good Practice on the Elimination of Violence and Harassment in the World of Work.  This draft is aimed at giving effect to the ILO 190, the process of finalizing this Code is currently underway.

For the continent as a whole, ILO C190 is a historic opportunity to shape a future of work based on dignity and respect for human rights in the context of Africa Agenda 2063:  the Africa We Want.  The continent has been plagued by brutality and violence over many centuries, notably through the multi-layered ways in which colonialism and conquest have continued to shape the experience and response of our peoples.  As we have embraced the centrality of human rights, human dignity and national sovereignty in the ways in which we have crafted our collective agenda and future, we have recognized the importance of the foundation for development as that of building peaceful and secure societies, and ones in which we respond decisively to violence.

The burden of preventing violence and harassment in the work place rests with the employer who has an obligation of creating a safe and conducive working environment for all.  In order to achieve this and effectively deal with violence and harassment in the world of work, the Departmental of International Relations and Cooperation has a Policy on Sexual Harassment aimed at maintaining a working environment in which the dignity of employees is respected.  The policy is also aimed at ensuring that a conducive environment is created wherein victims of sexual harassment do not feel that their grievances are ignored or trivialized.

Our efforts towards creating an enabling working environment are supported by the Employment equity Act, 1998 (act 55 of 1998) with amendments to the Code of Good Practice on the Handling of Sexual Harassment Cases in the Workplace. The code encourages and promotes the development and implementation of policies and procedures that will lead to the creation of workplaces that are free of sexual harassment, where employers and employees respect one another’s integrity and dignity, their privacy, and their right to equity in the workplace.

The Department has also adopted a T-Shirt methodology in the fight against gender based violence. T-Shirts methodology is not about wearing T-Shirts but embracing a new approach of breaking silence, taking action and being counted-in against GBV. We encourage our employees to:

Together, let us take action to support the fight against GBVF 365 Days a year and make everyday a Day of Activism for no Violence against Women and Children. During this 16 Days let us consolidate our efforts to fight violence and harassment in the world of work. Let us make DIRCO safe for everyone to grow and showcase their talent without any fear of being violated or harassed. Stand up and be counted, let us embrace our T-SHIRT methodology and make sure that we talk, share information, offer help, inform, raise awareness and take action now. Together we can build a non-violent South Africa!

I would like to extend a particular welcome to those delegates from the SA Tomorrow Conference who are joining us from the African continent, the United States, Europe, Asia and elsewhere. →