Public narratives and attitudes towards refugees and other migrants: Nigeria country profile

Public narratives and attitudes towards refugees and other migrants: Nigeria country profile 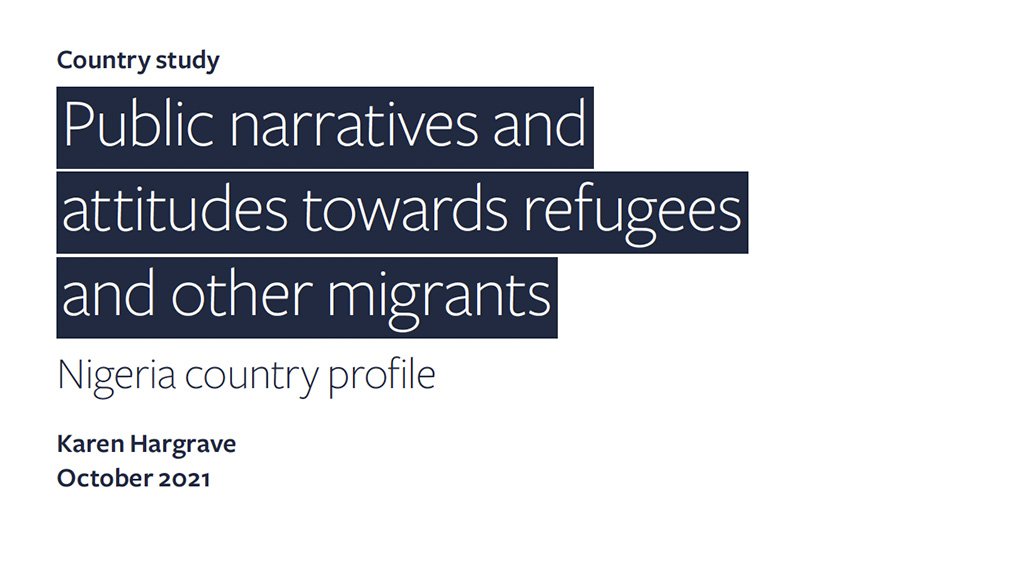 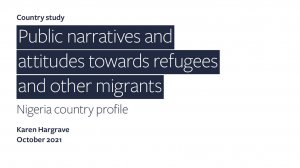 This briefing presents an overview of Nigeria’s experience of hosting refugees and other migrants, policy approaches, key features of public narratives surrounding immigration and refugee-hosting and existing evidence on public attitudes:

Report by the Overseas Development Institute