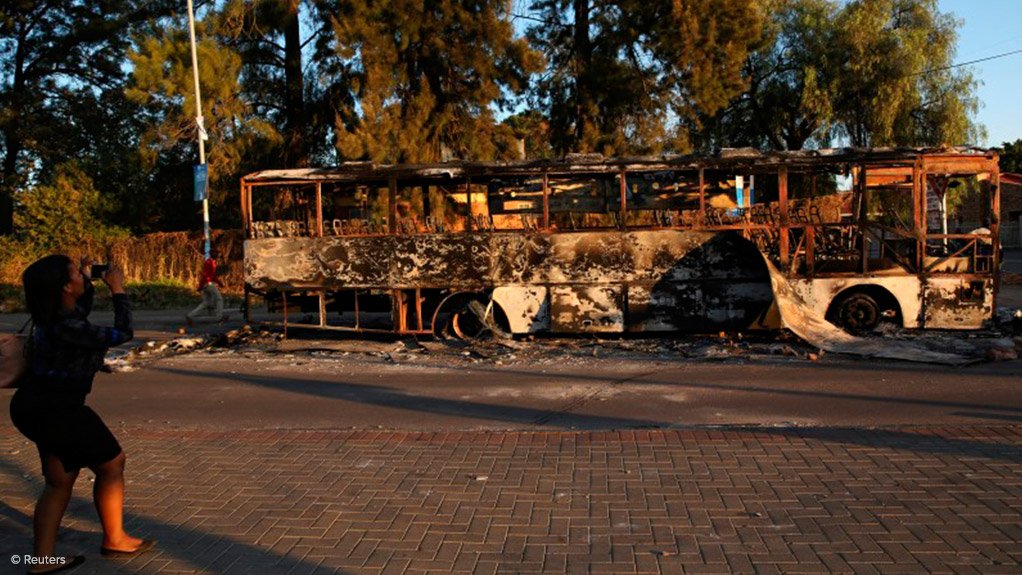 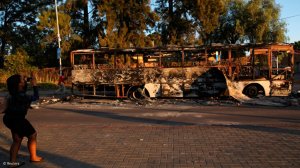 Protesters allied to South Africa’s governing African National Congress (ANC) have been on a rampage following a fallout over the party’s choice of a mayoral candidate for the Tshwane metropole, which includes the administrative capital Pretoria. The Conversation Africa’s politics and society editor Thabo Leshilo put questions to political scientist Keith Gottschalk.

Is political violence part of the South African political landscape?

Yes. Both in terms of violent protests, as in Pretoria, as well as political assassinations.

Since 1998 14 ANC supporters have been killed in Mpumalanga. And there have been more than 450 political assassinations in the KwaZulu-Natal province alone since 1994.

Over the past ten years there have also been assassinations of civil servants. These included three auditors, among them Lawrence Moepi, a forensic auditor attached to the Public Protector’s office.

What can be inferred from this is that there are individuals who want to ensure state contracts go to their supporters, who will in turn make donations to politicians. This includes tenderpreneurs – business people who enrich themselves, often dubiously, through government tenders – and “political hyenas” – the country’s corrupt political elite.

The violence in Tshwane is just the latest event in this trend. It was sparked by the ANC announcing that its chosen mayoral candidate for the area wasn’t a local person but a senior party member from elsewhere. The violence has included the killing of one ANC member, as well as opportunists looting shops while the police are tied down dealing with protestors.

In many working-class neighbourhoods the losing faction in an election or after a selection process has its clientele network rioting in the streets, or taking a bus to the local ANC headquarters.

One major change is that during the late 1980s to early 1990s interparty rivalry between the ANC and Inkatha Freedom Party at times claimed more than 1,000 lives a year; today’s killings are almost entirely intraparty – between factions within the ANC.

How are prospective councillors and mayoral candidates chosen in the ANC?

The committee must select and remove prospective candidates to ensure certain objectives are met. These include meeting the criteria for the ANC’s “zebra policy” (half men, half women), an intergenerational mix, demographic representivity and the inclusion of scarce skills.

The party’s provincial and national executives can intervene if there’s a deadlock.

How democratic is the process? What does it tell us about democracy within the ANC?

The elephant in the room is that whichever faction dominates the regional list committee gets to select candidates from only that faction. We need to note that in South Africa both the major parties, the ANC and opposition Democratic Alliance (DA), have their national executives intervening to select mayoral candidates and the mayoral committees. This is true for major metropoles as well as small country towns such as Oudtshoorn in the Western Cape.

Both major parties’ national executives routinely switch elected representatives between parliament, a provincial legislature and a municipality. This would be unthinkable in the US or the UK.

What went wrong this time?

First, mobilisation between the two leading candidates – the incumbent mayor Kgosientso Ramokgopa and Mapiti Matsena – grew so intense that the ANC higher structures thought only a third-party candidate could minimise the dangers of a split.

Second, the ANC’s national executive wanted to select a senior party figure commensurate with the capital’s standing. This was because it feared the humiliation of South Africa’s second capital, Pretoria, also falling under a DA victory. Cape Town, the seat of parliament, is run by the DA.

Thoko Didiza, a former cabinet minister who has also worked for a Christian ecumenical organisation, seemed to be appropriate.

What is the solution? Surely people have a right to chose their own mayors?

One solution is for the ANC to revise its voting procedures to ensure that the maximum number of candidates that members may vote for is less than the number of posts being contested in all internal elections. This will avoid the winner-takes-all scenario, and ensure that the losing faction may win a minority of positions.

What are the likely wider repercussions for the party and the country?

The increase in rioting during a municipal election year suggests that the general election in 2019 could also be more violent than previous elections. The Electoral Commission of South Africa, whose credibility is lower than in previous elections, and the police are going to have their work cut out for them.

Signs to watch for are: