OUTA: AARTO is about money instead of road safety and will fail

OUTA: AARTO is about money instead of road safety and will fail 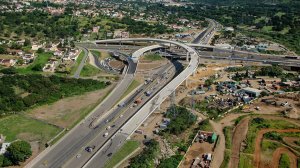 The Organisation Undoing Tax Abuse (OUTA) believes that recent amendments to the proposed Administrative Adjudication of Road Traffic Offences Amendment Bill (AARTO Bill), has more to do with making money and appeasing a failed e-toll scheme, than it is about tackling the declining road safety problem in South Africa.

“The AARTO Bill will not have the desired effect of enhanced road safety and is a matter that is proved in the two Metro’s where AARTO was run under a pilot project for the past decade in Tshwane and Johannesburg,” says Rudie Heyneke, OUTA’s Transport Portfolio Manager, who added that “the AARTO process is administratively cumbersome and will not succeed in the medium to long term.”

On 5 September 2017 the National Assembly passed the Administrative Adjudication of Road Traffic Offences Amendment Bill.  The Minister of Transport, Joe Maswanganyi welcomed the passing of the Bill and said that it was a direct result of the untenable and unsustainable road safety challenge in South Africa.

The proposed AARTO Bill also seeks to accommodate SANRAL’s e-toll collection plight, by trying to alleviate the  SANRAL Act’s stringent debt collection and court summons process the AARTO Act, which is administrative by nature and more stringent on the public.  The Amended AARTO Act effectively decriminalised the process and turns the non-payment of e-Tolls into a civil process.

However, the scheme errs by removing the Constitutional rights of a person’s ability to defend him/ herself when being wrongly accused of a traffic infringement.  Once caught up in the civil administrative system, the infringer does not have the same Constitutional right as they would be afforded during a criminal process i.e. right to legal representation and a fair trial.

Heyneke indicated other areas of concern in the Act is the financial gain for the government at the expense of the public with regards to the electronic service of documents, and the cancellation of any licence issued in terms of transport legislation.

OUTA believes the President must refer the bill back to the legislators before he signs it into law and that in its current form, it will definitely be challenged in the Constitutional Court, leaving South Africa without efficient legislation that promotes road safety.

OUTA firmly believes that road safety should be the guiding principles of AARTO’s intent and not a complex administrative system that aims not to serve the people's need for improved road safety, but instead, it focusses on generating revenue for the arms on the state. A more visible policing process is one solution that will go a long way to making our roads safer and more law abiding motorists

OUTA submitted comments and has requested to make oral submissions to the Select Committee on Economic and Business Development to be considered by the National Council of Provinces before the amended AARTO bill is approved for the President to sign this bill into law.

OUTA is a proudly South African non-profit civil action organisation, comprising of and supported by people who are passionate about holding government to account and improving the prosperity of South Africa.