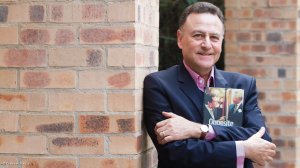 “In the confiding, winningly self-deprecatory style that defines Leon’s authorial voice, he offers us a unique personal insight into Nelson Mandela and guides us, engagingly and provocatively, through the most turbulent and exciting times in contemporary South African politics.” – John Carlin, author of Invictus and Knowing Mandela

Tony Leon has written a book of unique insight into an unexplored aspect of the presidency and leadership of Nelson Mandela. Opposite Mandela relates the untold stories of how South Africa's first democratic president related to his political opponents.

Leon served as leader of the Democratic Party during Mandela's presidency. Although they clashed, sometimes fiercely, on great issues of the day, Leon enjoyed an unusually warm relationship with Mandela and had direct access to the president's office. In this first-hand account, he relates some of the more consequential moments of those momentous times in South Africa's history-in-the-making through the lens of the opposition. Although this is a personal account, it also explores some of the major themes, from reconciliation to corruption, which not only marked that period but also laid the basis for the current challenges which confront South Africa today, nearly two decades after Mandela assumed the country’s highest office, the very moment when Leon's political leadership began.

Insightful, and simultaneously serious and amusing, it lifts the veil on many unknown or unexplained benchmarks from that era: the personal animosity between Mandela and FW De Klerk, the decision of the Democratic Party to reject Mandela's offer of a seat in his cabinet and whether the extraordinary outreach of Mandela to the minorities was the shrewd calculation of a latter-day Machiavelli or the genuine impulses of a secular political saint. This highly readable and first-hand account considers in a balanced manner both the golden moments and the blind spots of one of the most consequential presidencies and leaders of the modern democratic age.

Anthony James "Tony" Leon was a member of the South African Parliament for nearly 20 years, for 13 of those leading the Democratic Alliance. He subsequently served as South Africa’s ambassador to Argentina, Uruguay and Paraguay from 2009 to 2012. He is now living in South Africa where he consults business, writes a weekly newspaper column, and in 2013 published his third book The Accidental Ambassador.

Opposite Mandela is published by Jonathan Ball Publishers