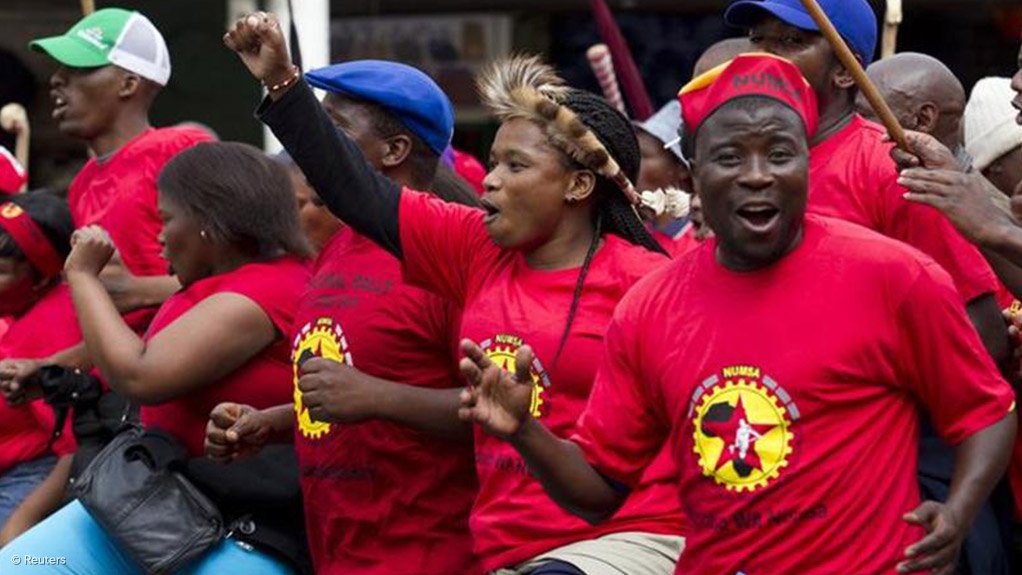 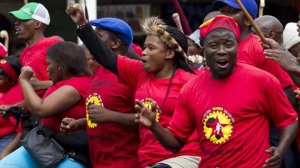 The National Union of Metalworkers of South Africa (NUMSA) condemns the management team of Abengoa for applying for an order from the court declaring the conduct of our members as unlawful during picketing. They allege that our members, who have been on strike at Abengoa Solar plant, are intimidating non-striking workers and that they are violent.

We reject this frivolous application with the contempt it deserves. It is obvious that the goal is to use the courts to threaten, discourage and intimidate peacefully striking workers from exercising their constitutional right to strike. One of the most outrageous accusations is that our members blocked a national road which is more than 10 kms away from the actual site of the picket, and the management is claiming that this caused a vehicle accident. There is absolutely no evidence to back up this allegation, no police investigation was ever instituted, and therefore, we suspect the allegation may be false. We are not surprised that Abengoa management has lodged this application. They are extremely arrogant and racist.  They operate on the presumption that African workers are violent savages, which is why, instead of engaging us on our demands, they are running to court.

Abengoa Solar plant is one of several renewable energy plants which operate in the Northern Cape. It is a Spanish owned Renewable energy company which provides solar energy and is one of the Renewable Energy Independent Power Producers (REIPP’s).

Our members are being victimized for demanding a housing allowance and a 13th cheque from a company, which, in the past, has refused to pay benefits to workers. Abengoa is hostile to organized labour, it actively discourages workers from joining unions. Our members had to go on strike just to secure medical aid and provident fund last year. They work in an extremely dangerous environment, and they are exposed to dangerous chemicals every day, yet the management refused to pay for medical aid. Our members had to go on strike in order to secure medical aid and provident fund. At Abengoa African workers earn significantly lower than their European counterparts, for doing exactly the same work, and there is no skills transfer to local employees.

The CCMA imposed the most backward and draconian picketing rules, which limit the number of people who are allowed to picket to just 40 people per day. We are also forced to picket very far away from the gate. This is why NUMSA participated in the biggest post-apartheid strike in history to reject the proposed changes to the labour law last April. We knew that these new laws were designed to limit the right to strike. They were designed to frustrate workers and strengthen the power of Employers against us.

We salute our members for their courage and their dedication. They refuse to back down, regardless of the obstacles placed in their way by the employer.

The application will be heard at the Braamfontein Labour court later today.

Issued by Issued The National Union of Metalworkers of South Africa

As the Minister of the Department of Public Works and Infrastructure (DPWI), I was requested by Eskom to expropriate servitudes, in terms of existing legislation, for electricity transmission lines on its behalf to allow the entity to supply more power to areas in Limpopo than what is currently possible. All the affected owners were served with the application and given the opportunity to comment thereon. →