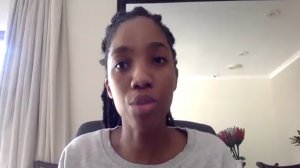 ‘Whenever I see a Manyano woman, I see a woman who has the world in her hands and has the power to make things change because of the power that is prayer. – Stella Shumbe

Lihle Ngcobozi, herself the progeny of three generations of Manyano women, takes an original, fresh look at the meaning of the Manyano.

Between male dominated struggle narratives and Western feminist misreadings, this church-based women's organisation has become a mere footnote to history.

Long overlooked as the juggernaut of black women’s organising that it has been and continues to be, the Manyano has immense historical and cultural meaning in black communities across the country. To this day, it is still evolving to meet the changing needs of black South Africans.

Here, the Manyano women speak for themselves, in an African feminist meditation rendered by one of their own.

Lihle Ngcobozi was born and grew up in Durban, KwaZulu-Natal. Through her grandmother’s involvement in the church and the Women’s Manyano, her childhood and young adult days were spent in church. She obtained her master's from Rhodes University and is currently a lecturer at Wits the School of Governance. She lives in Johannesburg.

Mothers of the Nation: Manyano Women in South Africa is published by NB Publishers

Making headlines: Unemployment ticks up to 32.6% in first quarter, Stage 2 load-shedding to resume from 4pm and, Macron says stable Mali, not only French troops, can fight terrorism →