Maverick Africans: The shaping of the Afrikaners – Hermann Giliomee

Maverick Africans: The shaping of the Afrikaners – Hermann Giliomee 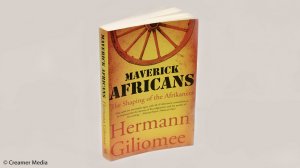 South Africa’s top historian, Hermann Giliomee, investigates the manner in which, in South Africa, the Afrikaner group is unique and exceptional in comparative world terms.

Small nations survival as a group is constantly in turmoil, and therefore they are different from the bigger nations that can fall back on centuries of history and the promise of an uninterrupted future. In this follow up to The Rise and Demise of the Afrikaners, Giliomee sets his insightful eye on what is specific to the Afrikaners and their history.

The NG­Kerk’s influence on apartheid, the extraordinary role that Afrikaaner women played, the public service, and the demand over corruption under apartheid come under the lens. The last chapter looks at the ‘broken heart’ of the Afrikaner community.

Hermann Giliomee is an internationally renowned historian. His bestselling Die Afrikaners was adapted into a documentary for kykNET in 2018, while the original English, The Afrikaners, was published to acclaim here and in the US and UK. He has been an associate at Yale, Cambridge and the Wilson Centre for International Scholars in Washington DC.

Maverick Africans: The shaping of the Afrikaners is published by NB Publishers