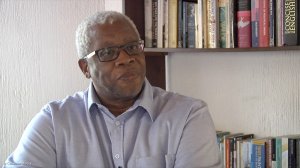 According to Section 25 of the Constitution:

25. (1) No one may be deprived of property except in terms of law of general application, and no law may permit arbitrary deprivation of property.

for a public purpose or in the public interest; and

subject to compensation, the amount of which and the time and manner of payment of which have either been agreed to by those affected or decided or approved by a court.

(3) The amount of the compensation  and the time and manner of payment must be just and equitable, reflecting an equitable balance between the public interest and the interests of those affected, having regard to all relevant circumstances, including -

the current use of the property;

the history of the acquisition and use of the property;

the market value of the property;

the purpose of the expropriation.

(4) For the purposes of this section -

the public interest includes the nation’s commitment to land reform, and to reforms to bring about equitable access to all South Africa’s natural resources; and

property is not limited to land.

(5) The State must take reasonable and other measures, within its available resources, to foster conditions which enable citizens to gain access to land on an equitable basis.

I have decided to quote this section of the Constitution extensively because I an not always certain that the loudest voices in the land debate have read it. I suppose the question we must ask is - Why now? Why, almost twenty-five years since the advent of democracy, is the African National Congress (ANC) having an attack of interest in the land question when it has been dismissive and derisive of the Pan Africanist Congress’ approach to this question?

Broadly speaking, there are two reasons: First, the ANC is nervous about suffering more electoral losses in 2o19. It is afraid that these losses will be suffered to the advantage of the Economic Freedom Fighters (EFF). What this means, is that, to the ANC, the  EFF is both ally and foe on the land question. Second, the ANC is under pressure to disprove the notion that its president, Cyril Ramaphosa, is a Trojan horse for white capital and white interests.

Outside the ANC, what is the land question really about?

To me, it seems to be about the unfinished business of the political settlement between the ANC and the apartheid regime. It seems some of the compromises that were made during the negotiation process have come home to roost. Furthermore,  it is about the dismal failure of the reconciliation process and the gap between reality and the illusion of a rainbow nation. What complicates the matter even further is the fact that, ironically, to many black and white people land reform seems to be more about being a punitive measure than it is about redress. In the minds of some black people, white people must suffer for the historical injustice of land dispossession. It also does not help that too many white people still refuse to acknowledge the impact of colonial and apartheid crimes on black people. They seem to be unwilling or unable to realise that denying land dispossession as a historical injustice is akin to the denial of the humanity of black people. To the extent that there are white people who acknowledge the historical injustice, this acknowledgement coincides with anger informed by the belief that land expropriation without compensation will punish a generation that is not responsible for the historical injustice. In turn, black people are angry because, to them, this is just another form of denial.

But, is land expropriation without compensation constitutionally permissible? In my view, it should be one option among many. However, in both good and bad faith, there are voices which argue that ‘just’ and ‘equitable’ compensation, as the Constitution dictates, includes R0 (zero Rand) as compensation. Thus is just English and dishonest lawyering. Those who make this argument in good faith should have no problem with amending Section 25 to make it clear and unambiguous.

By: South African Institute of International Affairs    Updated 8 minutes ago

South Africa (SA), like the rest of the democratic world, faces the dilemma of having to conduct an election during a global pandemic. The health risks associated with traditional, in-person voting have forced the Independent Electoral Commission (IEC) to attempt to balance this with its constitutional electoral mandate. Has the time come for the country to seriously consider investing in internet voting? →