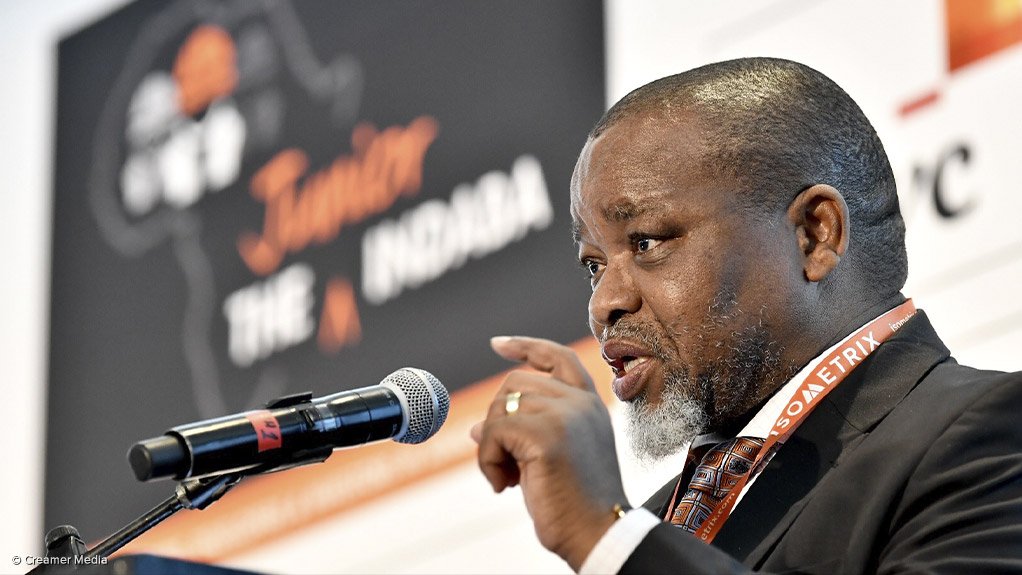 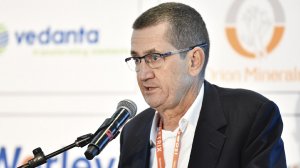 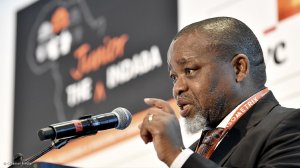 JOHANNESBURG (miningweekly.com) – Junior mining is badly in need of a policy framework that will kickstart activity, mining luminary Bernard Swanepoel said on Tuesday.

Speaking to a packed 2019 Junior Indaba conference for explorers, developers and investors in junior mining, Swanepoel outlined how he had boldly stepped into the world of entrepreneurial junior mining after many years in the corporate mining world.

“It’s very tough to be small in a country of big business, big government and big labour,” said the former Harmony Gold CEO.

The country was, he said, failing to achieve inclusive, job-creating growth because of the dire state of small businesses.

“As the holder of prospecting permits, the investor in a small coal mine and the co-owner of a manganese refinery, I stand here like so many of you in this audience trying to survive against all odds,” said Swanepoel.

Nearly a year on from the publication of the revamped Mining Charter, and the cautious optimism that followed last year’s appointment of Mineral Resources Minister Gwede Mantashe, the question on most people’s lips was what, if anything, had changed.

The prevailing sentiment seemed to be that while the charter was a vast improvement on the previous iteration, it was more tailored to large mining houses and did not offer the junior sector, or potential investors, any incentives to engage in prospecting and exploration.

With the State owning all the mineral rights, he queried where the responsibility lay for incentivising mineral exploration.

In most countries, the level of incentives was directly correlated to the vibrancy of exploration.

After being the top destination for exploration for 100 years, South Africa was no longer doing well in exploration.

Even though South Africa no longer had formula tax, a progressive tax regime that sometimes meant paying up to 68% in tax, the country was still reaping some of the benefits of it, 40 years on.

Prospecting success, which was hard to come by, typically needed hundreds of millions of rands to progress and 20 years of regulatory certainty was now an absolute must.

Once successful explorers realised their dream of creating their own mine, the early providers of the capital stood to make far less than 10% of the value created by the mine because of the rightful importance of other stakeholders, who, it had to be said, took completely different risk in journeys of this kind.

The second part of the exploration fantasy, of being able to sell the mine to mining majors, was no longer possible because large mining companies were selling their mines in South Africa and not buying new ones.

“As a country, we should really ask ourselves why,” said Swanepoel.

He urged Mantashe, now with the energy portfolio in addition to mining, to be bold and to remove some red tape.

“As the regulator and policy maker, we urge you, Minister, to think small first. Make it easy and transparent to obtain a prospecting permit. Apply the use-it-or-lose-it principle.

"As the custodian of the mineral wealth of the country, it is your responsibility to incentivise the limited funding available in the world to invest in South Africa.

“If we get this right, we’ll have world-class discoveries within the next five years, we’ll be building mines within the next ten years and mining will be the vibrant industry our nation deserves in 15 years from now. This is unfortunately the time horizon we’re talking about,” he added.

Mantashe responded that the developmental stage of experimenting and making mistakes in an effort to build something massive was a necessary stage towards making mining a sunrise industry and preventing it from becoming a sunset industry.

He said exploration was essential for growth and was a response to the call of President Cyril Ramaphosa to grow the economy together.

“If we’re patient with one another and we extend our hands to reach out for each other, we’ll do much better for the country,” said the Minister, who would like the industry to strive towards making a bigger contribution to the gross domestic product.

The decision to remove black economic empowerment from Mining Charter III as a requirement for exploration was an attempt to accelerate exploration.

“We must continue to make new mineral discoveries. We must replace the production that is lost through depletion,” he said.

Gold would continue to be in decline unless exploration was done to the east of Vredefort Dome, which the Council for Geoscience (CGS) believed contained massive gold deposits.

He was impressed by the number of junior miners in gold and manganese and said exploration for mineral groups like vanadium, copper, zinc, lead, cobalt and others should also be undertaken.

Solutions needed to be found to secure electricity supply, which should not be about killing coal and growing renewables.

He urged that investment be stepped up in the search for clean coal technology and said CGS was working on identifying basins for carbon capture and storage, with one site close to piloting.

Junior miners needed to engage the CGS on coal deposits in the Springbok Flats, where large seams had been discovered that were not uranium contaminated.

Discussions should also take place around what had been found in the Molteno-Indwe coalfields of the Eastern Cape.

In his new responsibility, he was tasked with the job of facilitating discussion on a just transition from coal to renewable energy.

The nuclear debate should also be changed from being polemical to being constructive.

“The debate must be about the security of energy supply in South Africa,” he emphasised.