IEC looking at postponing by-elections due to lockdown regulations

IEC looking at postponing by-elections due to lockdown regulations 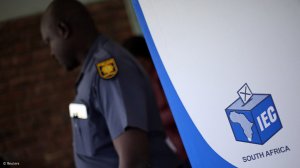 This has forced the IEC to seek the court's approval to postpone by-elections scheduled for 20 January as well as 3 and 17 February.

"The Electoral Commission noted that even though many of the preparations for the by-elections have been concluded, and protocols are in place for the safe conducting of elections as piloted in November and December, the regulations prohibiting political activities will seriously hamper campaigning by candidates and political parties."

The IEC, through the court application, is seeking a 90-day extension.

She added that their application to the Electoral Court followed consultations with political parties, who expressed support for the postponement.

"By-elections scheduled for 3 March currently remain on track. However, the commission notes that voter registration is scheduled for 23 and 24 January and parties and candidates may be hindered from undertaking proper preparations for the registration weekend given the current regulations which remains in place until at least 12 January."

The IEC said it will continue to monitor developments around the lockdown closely to assess whether it should proceed or approach the court for a postponement of by-elections on 3 March, "as well as rescheduling any postponed by-elections as soon as possible".