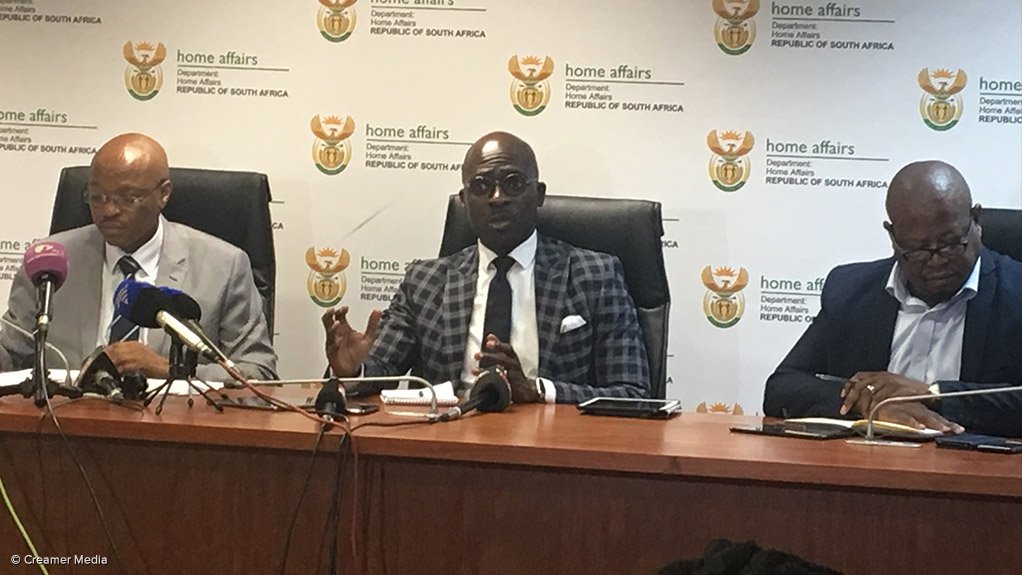 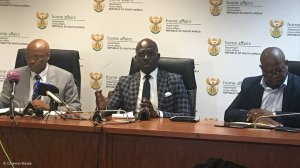 The BMD automation process forms part of the Department of Home Affairs’ (DHA’s) flagship R2.2-billion modernisation project, which got under way in 2010.

Gigaba explained during a media briefing that the upgrade of the system will comprise two phases.

The first phase will entail automating the birth registrations process for children up to a year old, as well as automating the marriage and death certificate reprint process for marriages and deaths that have already been registered in the national population register.

Once this phase is completed, the system will allow for the printing of a parent and/or guardian’s details in children’s passports.

“In this way, the department will have delivered on the earlier Cabinet concession of easing travel with children by eliminating the need for unabridged birth certificates,” said Gigaba.

He cautioned that some countries may still require unabridged birth certificates, and that only the parent and/or guardian who registered the child in question will have their details printed in the child’s passport.

The other parent or guardian can apply to have their details included. Additionally, written parental consent is still required for children travelling abroad without either parent.

This phase will start in the new financial year.

He assured members of the media that the automated BMD system will be secure.

DHA director-general Mkuseli Apleni noted that the department’s systems have never been hacked.

Apleni further assured the public that the digitised system would not exclude citizens who lack Internet access or computer literacy.

“Those with the ability to apply online can do so, but other channels, such as live-capture and the manual paper process will continue.”

He also noted that the department is planning to finalise the automation process within a year, but that the roll-out may take more time.

Addressing concerns regarding the impact of automation on jobs, Gigaba said, “there are 184 smart identity document (ID) card offices for 57-million people; it means that in terms of physical infrastructure and physical personnel, we are grossly under-resourced.”

He noted that Home Affairs as a whole was understaffed by about 8 000 people and that the automation and digitisation of certain aspects of its processes resolved issues pertaining to a lack of capacity.

He added that it was “inevitable” that the department would look at the “suitability of skills” currently present within the organisation, as “a highly digitised DHA will require a different set of skills.”

He noted that the department would seek to retrain much of its staff and ensure that new recruits possess the skills needed by the organisation in future.

Gigaba also mentioned that the DHA had recently met with Business Leadership South Africa, where the organisation committed to providing interns to the department to assist in bridging the skills gap, as part of the Youth Employment Service initiative.

Meanwhile, the DHA warned that the national system upgrade, which will start at 14:00 on July 13, will impact on its 184 modernised offices – those capable of processing smart ID applications – until July 20.

These offices will be unable to receive ID and passport applications, but will still attend to applications already in process.

Additionally, all other services offered by Home Affairs offices will still be available.

After hours of arguing, the Ekurhuleni municipality's caucus meeting disintegrated into chaos on Thursday night after half the councillors walked out and the rest continued with the meeting. The extraordinary council meeting started at 13:00 after a time change the night before from 10:00. →