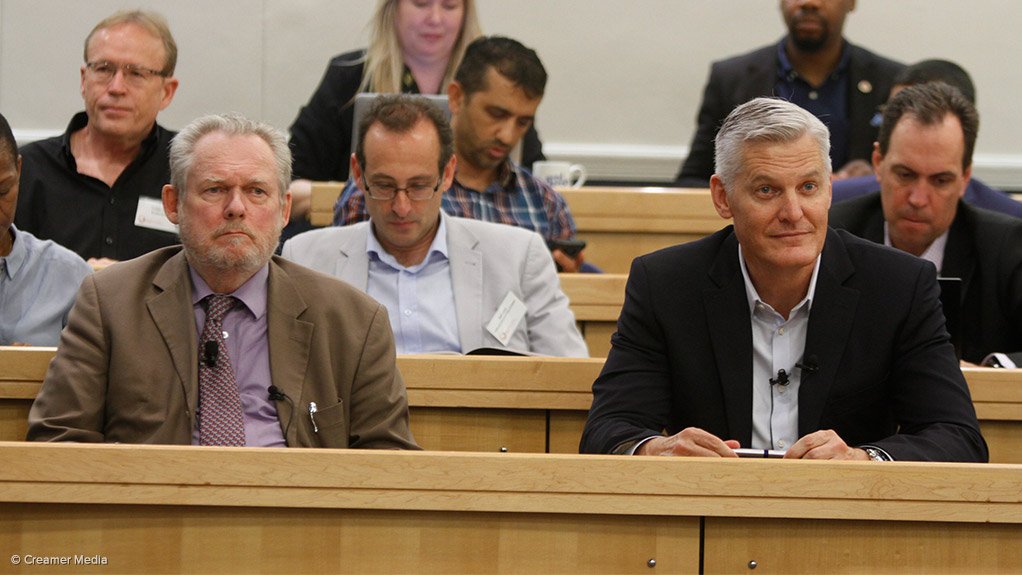 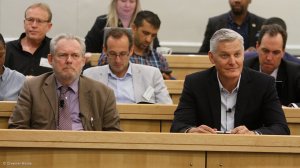 The Manufacturing Circle released a plan on Friday outlining how South Africa could create a million jobs over a ten-year period through pursuing a series of reforms designed at stimulating demand for South African manufactured products and improving the investment climate.

The 48-page document, which also recommends the creation of a “super-ministry”, similar to Japan’s Ministry of International Trade and Industry (MITI), was handed to Trade and Industry Minister Dr Rob Davies at a launch function hosted at the Gordon Institute of Business Science, in Johannesburg. Davies said he “warmly welcomed” the plan, despite disagreeing with some of its recommendations.

The Minister also commended the plan’s general thrust of highlighting the importance of manufacturing, and its associated services value chains, as central to future job creation and inclusive growth, as well as its warnings that “premature de-industrialisation” would have serious social and economic consequences.

Manufacturing Circle chairperson André de Ruyter said the ‘Map to a Million New Jobs in a Decade’ report was the organisation’s response to a “palpable sense of crisis” in the sector, which had shed more than 500 000 jobs over the past two decades and whose gross domestic product (GDP) contribution had slumped from 24% in the 1980s to only 13% currently.

De Ruyter, who is also Nampak CEO, argued that there was a need to turn the “vicious cycle” of weak demand, low capacity utilisation and investment and job shedding into a “virtuous circle”, underpinned by the stimulation of aggregate demand. Core to stimulating such demand would be to increase public- and private sector purchases of locally produced products.

Davies, likewise, viewed local procurement and localisation as the most critical immediate levers available to stimulate the domestic manufacturing sector, particularly in light of the country’s current fiscal constraints, which were limiting government’s ability to increase financial and tax incentives.

A task team had been established to assess how to improve local-content enforcement across government departments and the State-owned companies (SoCs) in line with instruction notes issued by the National Treasury.

The instruction notes list products that have been designated by the Department of Trade and Industry (DTI) for local procurement by public-sector organisations and cover a range of items from uniforms and medication, to power pylons, buses and locomotives.

Davies acknowledged that there had been “leakages” and “slippages”, but promised that enforcement was a current priority for the DTI.

However, he also appealed for the private sector to support the manufacturing sector by actively buying more local products, in line with the Local Procurement Accord signed between government, business and labour in 2011.

He was less enthusiastic about the Manufacturing Circle’s proposal for a MITI-like super-ministry, hinting the recommendation did not fully align with South Africa’s “Constitutional context”, where the democratic oversights insisted on full transparency when pursuing policy interventions.

Nevertheless, he accepted that there was currently a lack of coherence within government on the implementation of industrial policy, which was hindering further investment in the sector.

Besides the super-ministry, the plan also outlined several other “structural fixes” to help to increase investment and job creation, including:
• Introducing significant private-sector equity participation in SoCs;
• an education focus that promoted high standards instead of high pass rates;
• rescinding and renegotiating the Mining Charter, which was described as detrimental to investor confidence across sectors;
• ensuring greater policy certainty and reduced currency volatility;
• supporting municipalities with the capacity to deliver and maintain infrastructure.
• dividing Eskom into independent generation and transmission entities, while introducing private sector equity partners
• the creation of a home-grown renewables sector instead of unaffordable nuclear energy.
• Abolishing the costly and ineffective Sector Education and Training Authority system in favour of direct tax credits for training; and
• rethinking concurrent jurisdiction to give the Competition Commission more power where regulators, such as the National Energy Regulator of South Africa, were failing to regulate monopolies appropriately.

The plan also outlined various demand- and supply-side interventions. These ranged from support of “catalytic projects”, such as the construction of a gas pipeline from the Rovuma basin, in Mozambique, to liquidating legacy Industrial Development Corporation investments to free up capital to drive a new phase of industrial investments.

De Ruyter also called for urgent interventions to prevent further de-industrialisation in “rust belts”, such as the Vaal Triangle, by implementing a 15% tax rate for companies in distressed industrial areas.

“If manufacturing can expand to 30% of GDP, between 800 000 and 1.1-million direct jobs can be created, with five to eight times that number in indirect jobs,” he argued.

The lobby group described the interventions and recommendations contained in its document as “realistic, constructive and actionable steps to create an environment in which manufacturing in South Africa can thrive and jobs can be created”.

Davies stressed that he and his DTI officials were more than willing to work with the Manufacturing Circle, as well as other business organisations, to take a “deeper dive” into some of the recommendations and to place manufacturing back onto a growth path.