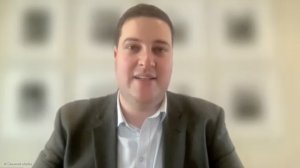 Cape Town Mayor Geordin Hill-Lewis has acknowledged that creating employment and being a jobs-focused and entrepreneur-friendly administration are important measures needed to resuscitate the country’s ailing economy.

In an exclusive interview with Polity, the Mayor said he was doing all he could to make sure that his administration was clean, following the recent State capture revelations.

“We take an absolute zero-tolerance approach to corruption of any sort, whether it is R5 or R5-million. The public needs to trust and know that when they pay their taxes in a Democratic Alliance government that their money will be respected, spent well and [spent] on improving the lives of the poor,” said Hill-Lewis.

Following the release of the final Zondo report, the City of Cape Town has written to all implicated companies asking them to provide reasons why the City should not cancel all its contracts.

The Mayor said the city does not practice cadre deployment, which he said was the root cause of State capture and why, he says, the State has collapsed.

When asked about the City’s energy plan, he said the City is working hard to finalise independent power producer contracts.

His vision is to have a City without load-shedding, which he said was “not too much to ask in a modern country”.

The City will also introduce its demand-side management initiative, which will see the roll-out of devices to Capetonian homes that will allow the city to remotely shut off appliances that use large amounts of electricity. The Mayor said this would be a voluntary programme.

As eThekwini and Nelson Mandela Bay municipalities struggle with water shortages, Hill-Lewis advised that getting buy-in from the public to cut water consumption by more than 55% was drastically vital.

He said the lesson learned by the City of Cape Town in averting a water crisis was not to rely on national government to provide basic infrastructure such as bulk water supplies.

Hill-Lewis said it was unfortunate that South Africans had become far too accepting of failure and mediocrity, particularly in government.

Despite the City of Cape Town being one of the world’s most beautiful cities, the Mayor expressed concern for the growing number of people living on the streets.

He said the city had invested in “safe spaces” facilities which provide the homeless with basic necessities and assistance with access to social grants and alcohol and drug addiction facilities.

The City is looking into building more facilities to address homelessness.

Many Capetonians had suggested that the City work towards Cape independence but the Mayor told Polity that he was opposed to the idea.

He expressed his love for South Africa, stating that he wanted the country to work.

“What we are trying to do in Cape Town is to show that with a sensible, hard-working, clean government, you can have a country that works, a country that moves forward and not backwards,” he said.

By: Sane Dhlamini    Updated 7 hours ago

The African National Congress has elected KwaZulu-Natal Finance MEC Nomusa Dube-Ncube as the person they want to take over from KwaZulu-Natal Premier Sihle Zikalala following his resignation last week. If appointed, Dube-Ncube would be the first female premier in KwaZulu-Natal. Dube-Ncube was selected as the preferred candidate following an interview process undertaken by the ANC’s national executive committee. Accepting her candidacy, Dube-Ncube said government must champion services to the people. She promised to work with all structures to ensure that the policies outlined by the ANC unite South Africans. “I am sure our leaders such as Victoria Mxenge and Dorothy Nyembe, and Winnie Madikizela-Mandela and many leaders where they are, are rejoicing during this [women’s] month. The ANC as the champion of non-racialism, non-sexism is indeed ensuring that our women who are capable are given the responsibility to lead. I humbly accept and wish to thank and commit that we will not disappoint the people of KwaZulu-Natal,” said Dube-Ncube.  →