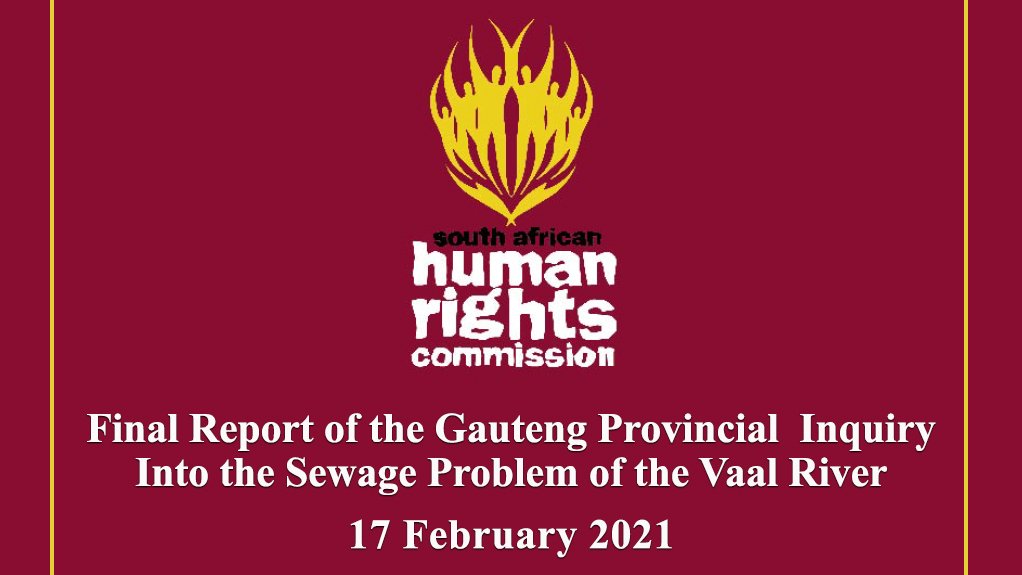 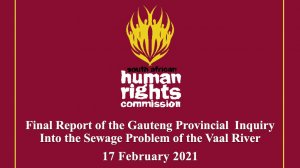 In addition to the raw sewage polluting major and essential bodies of water, the media reports stated, amongst other things, that: the main sewers in Vanderbijlpark were blocked and that raw sewerage was flowing into people’s yards and properties. In September 2018, in order to test the veracity of the media reports, the Commission’s Gauteng Provincial Office conducted an inspection-in-loco at certain sites within the Emfuleni Municipality, and observed: raw sewage flowing in a small stream that cut across the Emfuleni Golf Estate; two burst sewerage pipes on the banks of the Rietspruit that runs through the Emfuleni Municipal area; defective bio-filters at the Rietspruit Waste Water Treatment Works; a clogged sewerage manhole at the Sharpeville Cemetery and children swimming in, and consuming, polluted waters in the area of a school.

Having established a prima facieviolation of human rights in the Emfuleni Municipality, regarding the flowing of raw, untreated sewage flowing in the streets, homes, graveyards and also flowing into the Vaal River, the Dam, the Barrage and the Rietspruit (referred to collectively as ‘the Vaal’), and acting within its legislative mandate, the Commission established an Inquiry.

Report by the Human Rights Commission

National development banks (NDBs) have huge potential to support their country’s development strategies and the transition to low-carbon, climate-resilient economies. However, a perception of problematic governance and weak performance means that these banks may be overlooked, both in terms of their potential role in supporting national development, and as partners for international development finance institutions, international climate funds, donors and private actors. This perception is especially strong for African NDBs. Many operate in contexts of institutional weakness and problematic governance, presenting challenges both to the autonomy of NDBs from political interests, and the capacity of these institutions to fulfil their mandates. →