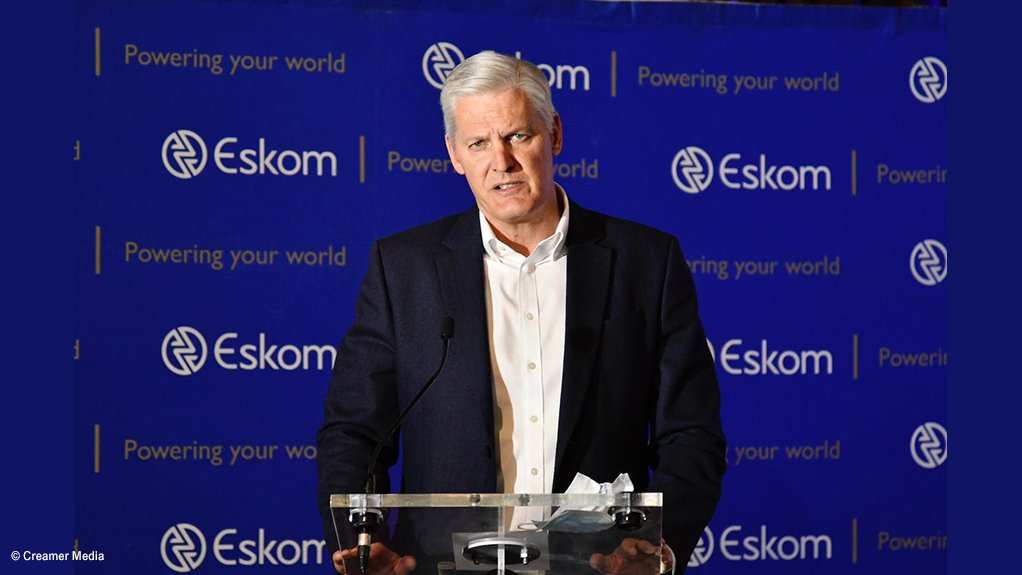 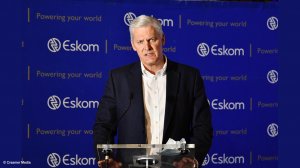 Embattled power utility Eskom has attributed three stages of the current load-shedding, which is being implemented daily at between Stage 4 and Stage 6, directly to the illegal strike under way at varying levels of intensity across its coal fleet.

Speaking against the backdrop of a resumption of wage talks with unions on Friday, CEO André de Ruyter reported that 2 709 MW of capacity was unavailable as a direct result of the wildcat industrial action, triggered by a recent deadlock in wage talks.

“The key issue really is a return to work in order to allow us to lift load-shedding, [as] there's about three stages of load-shedding attributable to the unlawful industrial action,” he said.

Eskom’s power station workers are deemed to be essential service workers and are, thus, not allowed to strike.

At three stations – Matla, Hendrina and Arnot – as many as 90% of the employees had still not returned to work by July 1; the same day Eskom and unions resumed talks in the central bargaining forum.

While rotational power cuts were already being implemented ahead of the strike, which has involved several incidents of violence and intimidation, the intensity of load-shedding has increased as a direct consequence of the industrial action.

“This is an unacceptable situation where the country is held hostage by wildcat actions taken without any apparent coordination or leadership on a national basis, but intended to drive double-digit wage increases which are clearly not affordable,” De Ruyter said, while refusing to comment on renewed calls for his resignation, or to speculate on whether there might be non-wage-related motives for the illegal strike.

He confirmed that he had participated in two meetings with President Cyril Ramaphosa where possible remedies to load-shedding were discussed.

“We fully briefed the President on the situation; he is seized with the matter.

“We discussed a number of potential options, [but] I'm not at liberty to disclose the nature or the content of those discussions.”

A Government Communication and Information System Tweet said that Ramaphosa was leading the response to the current crisis and that the outcome of discussions currently under way would be communicated to the public.

By Friday morning a total of 13 609 MW was not available as a result of breakdowns, planned maintenance and the industrial action, representing an improvement on the preceding days when up to 20 000 MW were not available.

The improvement saw Eskom reduce the intensity of load-shedding to Stage 4 Friday morning, and it announced later in the day that Stage 4 would continue until 22:00, rather than being escalated to Stage 6 as initially planned. It would then be reduced to Stage 2 at 22:00 until 07:00.

De Ruyter confirmed that Eskom had spent a whopping R1.54-billion on diesel in June alone, more than double its original budget of R700-million.

He also confirmed that R4.14-billion had been spent on diesel for the financial year to date, against a budget of R1.99-billion. This over expenditure was attributed to both more extensive use, as well as a surge in diesel prices following Russia’s invasion of Ukraine.

Eskom had burnt 217-million litres even ahead of the most recent bout of Stage 4 to Stage 6 load-shedding at the end of June and early July, with each open-cycle gas turbine unit consuming 14 litres every second when in operation.