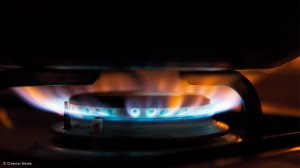 President Cyril Ramaphosa has offered his best wishes to the matrics of 2021, saying the country is immensely proud of the nearly 900 000 candidates who will be sitting for the National Senior Certificate examination.

Ramaphosa said the country can be proud of the determination, focus and sacrifice with which learners braved the 2021 academic year in the face of the Covid-19 pandemic and its impact on school life, home life, social interaction and society.

He paid tribute to parents and educators who were also affected by the pandemic.

The President called on learners to adhere to Covid-19 safety regulations throughout the examination period and in the celebrations beyond. He also urged learners to present themselves for vaccination.

Power utility Eskom has announced that it will implement Stage 4 load-shedding from 12pm today until 5am on Friday.

Thereafter Stage 2 load-shedding will continue until 5am on Saturday.

This constrained the power system further, requiring extensive use of emergency reserves, hampering the recovery of these reserves.

Total breakdowns currently amount to 14 957 MW, while planned maintenance is 5 301 MW of capacity.

According to the Department of Health, almost 22-million vaccine doses have been administered. Of those, 196 080 were administered in the last 24-hour reporting cycle. To date, almost 15-million people are fully vaccinated.

A Brief History of South Africa: From the Earliest Times to the Mandela Presidency – Maryke Bailey

A Brief History of South Africa is an introduction to South African history from the earliest times to the Mandela Presidency. Using both a narrative chronology and thematic chapters, the book encourages critical thinking about how history shaped South Africa. While presenting an account of colonisation and the policies of successive governments, A Brief History portrays the resistance to colonisation, segregation and apartheid, including the role of political, social and trade union movements. ... →